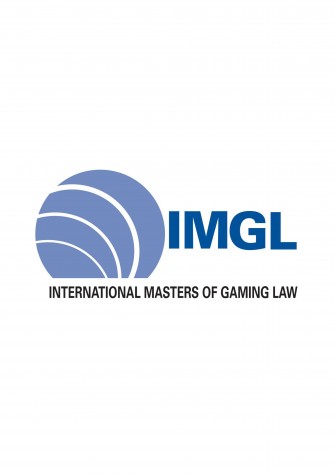 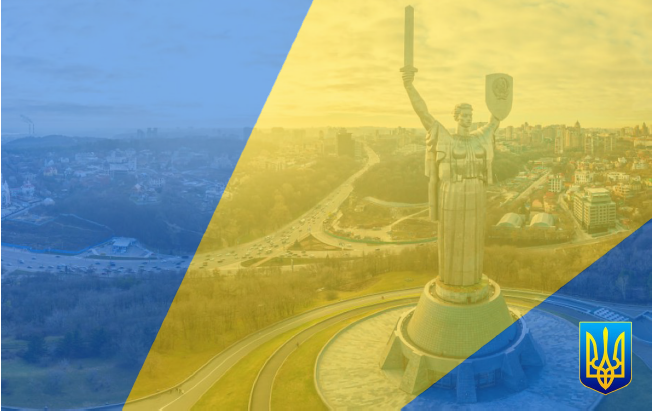 The Ukrainian market is proving extremely attractive to foreign gambling operators, both because of Ukraine’s sizeable population and demand by local players. The grey market for gambling has in recent years been estimated by various sources as having a value of between US$3 billion and US$10 billion. This makes Ukraine one of the largest markets to open in Europe for many years representing an unparalleled growth opportunity for foreign operators and their suppliers.

Since the adoption of the gambling law in 2020, which established a dedicated Commission on Gambling and Lottery Regulation (the “Gambling Commission”), the regulatory framework has been significantly supplemented by secondary legislation in the course of 2021, and the market has been in active development.
In the first six months of operation, the Gambling Commission adopted a number of regulatory acts without which the market could not have been launched including:

During this time, the Cabinet of Ministers of Ukraine also issued a decree detailing the specific conditions on the issuance of licenses within each type of gambling activity.

The regulatory acts mentioned above have established the framework within which gambling operators may obtain permits to open land-based and online casinos, slot machine halls, betting shops and more in Ukraine.

Since May 2021, the Gambling Commission has issued over 50 gambling licenses, including seven for land-based casinos, 13 for online casinos, 15 for slot machines halls and 14 for B2B services, as well as four licenses for online poker and betting activities. Around 3,000 operating licenses for individual gaming devices/machines, and over 80 premises permits for slot machine halls and casinos, have also been issued.

Given the fact that the gambling market in Ukraine is only just beginning to take shape, the number of licenses mentioned above is not yet significant, particularly for a country with a population of over 40 million. Nevertheless, companies that are “pioneers” in the market will have a significant advantage over later entrants since they will have more time to establish their brands locally and occupy the most advantageous locations for business development. The regulations allow gambling establishments to be opened exclusively in 3-, 4- and 5-star hotels. The number of such hotels in Ukraine is less than 400 units. At this stage, around 15 percent of these have been promised to gambling operators to establish casinos or slot halls, but the number of vacant hotels is decreasing each month as they are being actively sought after.

After lengthy discussions with market participants, certain members of Parliament, including members of the ruling party’s faction, submitted draft law No. 2713-d, which introduces amendments to the Tax Code of Ukraine as to the taxation of gambling proceeds.

This bill, if adopted, would provide reduced tax rates and the following changes in terms of taxation:

Overall, this bill fills some regulatory gaps previously left unadressed, as well as eliminating several serious problems which have been highlighted by market participants since the law was adopted. It will also provide a more advantageous tax regime for gambling operators and players. It must therefore be assumed that its adoption will give new impetus to investment into gambling in Ukraine. A number of international gambling operators have been awaiting its adoption to make a decision to enter the market.

The fight against illegal casinos and addiction

In addition to the establishment of a regulatory framework for gambling, the authorities have actively implemented several other initiatives to address problematic issues in the market. Foremost among them is the fight against illegal casinos (both land-based and online) and slot machine halls, which during the 10-year-long ban on gambling have been operating underground, often masquerading as businesses unrelated to gambling (computer clubs, Internet bars, lotteries, and other alternatives). This problem has become so serious and widespread that the number of underground casinos has not decreased significantly despite the adoption of the gambling law and the increase in criminal penalties for illegal gambling. The rampant presence of illegal operations has, in turn, had a negative effect on legitimate gambling operators paying license fees and tax who are at a competitive disadvantage compared to underground casinos. In this regard, the Gambling Commission has adopted several regulatory acts to create the necessary infrastructure and tools to combat illegal casinos. One such regulation established a procedure to receive, process, and respond to reports of gambling violations.

The fight against illegal casinos is yielding results. For example, in March 2021, the Security Service of Ukraine, together with the Gambling Commission, shut down more than 30 illegal gambling establishments and two full casinos. During those raids, over 600 pieces of computer equipment, 14 poker tables, five roulette tables, as well as playing chips, cards and accessories for card games were seized. A month later, in April 2021, law enforcement agencies uncovered 36 illegal gambling establishments in the Kiev region in one day. On this basis, over 40 criminal proceedings were launched, in connection with which over fifty searches were carried out and 458 pieces of gaming equipment, computer hardware, cash and clandestine ledgers were seized, this despite the thorough precautions and secrecy with which such establishments were operating.

The joint work of the police, the Prosecutor General’s Office, the Security Service of Ukraine and the Gambling Commission has given good results and continues to this day. Every month the authorities have been closing down, on average, over 40 illegal slot machine halls and casinos, and have opened over 500 criminal proceedings so far this year. In the law enforcement community’s own assessment, only sporadic and unsystematic enterprises remain in the illegal gambling sphere.

The Gambling Commission has also developed innovative products for consumers, such as an interactive map on its website showing the locations of legal gambling operators and their institutions to raise awareness and for convenience. The map includes a feedback system allowing users to flag illegal outlets by filling out a form. The authorities report that large numbers of such complaints are being filed by consumers (242 since the beginning of December 2021). This tool makes it much easier to report illegal activities, but also increases the possibilities for the
authorities to respond promptly. 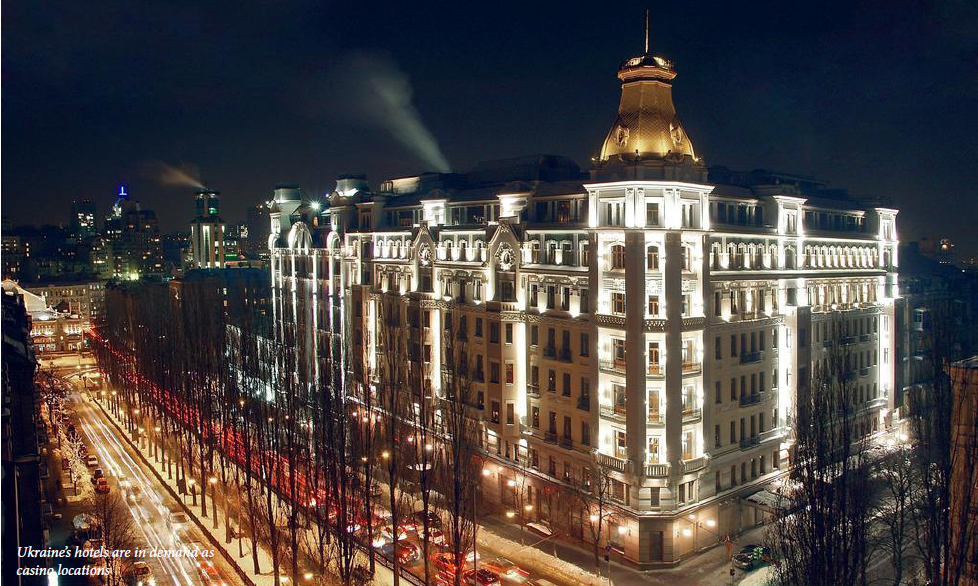 While the authorities already have clear mechanisms to combat illegal brick-and-mortar establishments, illegal online casinos are technically far more difficult to control. Such platforms constantly appear under new domain names playing a cat-and-mouse game with law enforcement. To tackle this issue, the Gambling Commission, together with law enforcement agencies, has announced the blocking of hundreds of illegal online casino sites (so far this year over 1,450 illegal websites have been blocked). A new procedure was also adopted limiting access to illegal websites from Ukraine, which will allow the authorities to react more promptly to violations of online legislation.

Looking forward, the authorities are planning to strengthen cooperation with the public and the media, as well as to collaborate more closely with domain name and hosting service providers that host illegal websites. The Gambling Commission is also working on amendments to legislation which would allow internet providers to block illegal websites on their own initiative and is also working on mechanisms for cooperation with the National Bank of Ukraine, so that banks and payment system providers have a legal basis for blocking transactions related to illegal gambling operators.

The Gambling Commission also has responsibility for the prevention and fight against gambling addiction. Thus, the Gambling Commission has approved so-called Principles for Responsible Gambling and has begun to draft secondary legislation to introduce a system of planned and unplanned inspections to control business entities’ compliance with gambling regulation.

Once the current tax regime for gambling has been amended and made more attractive, the remaining regulatory acts have been finalized by the Gambling Commission and illegal operators gradually shuttered, Ukraine will be in an excellent position to become a regional leader in the gambling business. We can see the preconditions for this today, based on the great number of license applications and requests for expert opinions on various aspects of market regulation from leading market players in the gambling industry from every part of the world.

In addition, the course chosen by the Government (represented by the Ministry of Digital Transformation) for full digitalization of all state services for citizens and businesses inspires great optimism. A striking example is the introduction in Ukraine of the world’s first digital passport on mobile phones, which is as valid as an official ID on a par with physical documents, as part of the implementation of the state’s mobile application for public services “Diia” (one of the most popular applications in Ukraine). Relevant in this context is the recently adopted Law on “Diia City”, which introduces a special legal regime designed to improve the regulatory framework and offer advantageous tax benefits for IT companies in Ukraine. It may also contribute to the active development of online gambling and innovative platforms.

Thanks to such technological innovations, outdated bureaucratic procedures will be gradually replaced by a more efficient electronic infrastructure, thereby minimizing the involvement of intermediary officials. This should lead to:

The implementation of the above processes, their transparency, intelligibility, and the pace of their implementation, will predetermine the attractiveness of Ukraine for investors within gambling, both foreign and domestic.

Share
Previous
Other publications
What is new in the draft law on labor?
Judicial practice in disputes about determining the child's place of residence
It is impossible to get used to the horrors of war, but we will have enough strength to build a new strong state
Employment and Employee Benefits in Ukraine: Overview
This site uses cookies to offer you better browsing experience.
READ MORE
Toggle high contrast
Toggle normal contrast