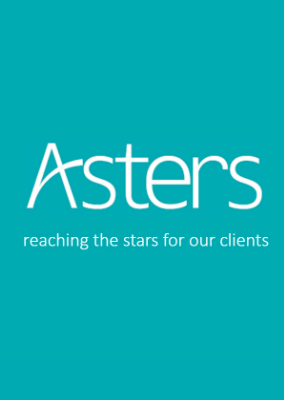 After a turbulent past couple of years, we are starting to see signs of stability and slow recovery. The IMF predicts 2.5% growth in GDP and slowing down of inflation to 8.5% in 2017. Some independent experts are even a bit more optimistic with their estimates, forecasting a 2.9% GDP growth. The de-escalation of the conflict in the eastern Ukraine had favourable impact on the economy by bringing macroeco-nomic stability, increasing consumer confidence, but most importantly fostering business activity. Deferred demand on the market where both consumers and investors were waiting to see how the things will progress before spending or investing their money starts to play its role by bring­ing some additional transactional work for the lawyers.

Ukraine has implemented some reforms in recent years by bringing more transparency into many fields, including state procurement and energy sectors, guaranteeing more protection to private ownership, greater protection to minority shareholders, and better judicial enforce­ment. The country has slightly improved its position in the Doing Business rankings by the World Bank. The process of change is slow, but nonetheless still going steadily. One of the bold moves the country is making is a full reboot of the Supreme Court. The active selection process of new judges is underway, and is being carried out under close supervision by the civil society. The state is going to pay high salaries to the successful candidates and to attract professionals with diversified legal backgrounds.

The most active industry sectors for investment and M&A in recent years were agricultural, IT, finance, energy, and logistics. Prices for many assets have dropped significantly in recent years, making investors believe that there is room for growth in the future. Ukraine is booming as an IT outsourcing market. The country's solid technical heritage and engineer­ing background, coupled with the 5% flat tax on income of IT develop­ers, makes it a very attractive and cost-efficient jurisdiction for many IT companies and startups.

Because of the 20% VAT being triggered on the asset transfer the major­ity of M&A deals are structured as share deals. Though the VAT cost is temporary and VAT can be recovered over time, usually the buyers do not want to create cash outflow unless there are legal risks of participa­tion in the equity that outweigh the tax benefit.

Ukraine does not try to tax such indirect transfers. In many cases it is not the 15% Ukrainian capital gains tax that the parties are trying to avoid, but rather strict and prohib­itive currency control regulations that Ukraine has still in place after the dramatic events of the past. The goal of which is preventing panic outflow of hard currency from the coun­try by imposing a number of restrictions.

Another incentive for the parties to structure their invest­ment indirectly through a foreign holding company is for­eign corporate laws that tend to be more flexible than Ukrainian regulations. In many cases parties want to enter into shareholder agreements that put their own tailor-made checks and balances to their relations when it comes to own­ing and managing the Ukrainian target. This is not some­thing that the Ukrainian law allows, though the corporate law reform is underway.

Disposal of shares in the Ukrainian company by a non-resi­dent company is subject to 15% capital gains tax. The tax may be eliminated/reduced by the double tax treaty. Even when the parties to the deal are of the Ukrainian origin in many instances they still try to use foreign companies for tax and non-tax reasons.

Ukrainian tax officials and policy makers tend to look around and analyse developments in neighboring countries. For instance, some of the very recent trends in Russia where that their tax authorities attacked conduit Cypriot compa­nies without proper substance, these were claimed to be used merely for saving on Russian capital gains tax and could be taken into account by Ukrainian authorities. In one of such cases the Russian tax authorities analysed structure of the deal and substance of the Cypriot company involved.

Apart from BEPS, this is one of the signals to businesses that involving foreign companies without proper substance into M&A deals may not be that practically safe anymore in Ukraine. Though it has to be admitted that in many such cases the Ukrainian sellers may not have predominant inten­tion to save on capital gains tax, because at the end of the fiscal year they declare and pay the personal income tax out of dividend distributions received from such foreign compa­nies that were used as sellers of the Ukrainian targets.

In these cases, the structures were motivated by non-tax reasons such as getting out of the scope of strict currency control regulations or getting better protection by falling within the jurisdiction of foreign courts.

Previously, during the direct sale of shares in the Ukrainian target entity, foreign sellers and buyers were considering either making settlements through investment bank accounts opened with Ukrainian banks, or paying directly using their foreign bank accounts. Because of the temporary restrictions of the Ukrainian National Bank, the first struc­ture of the payment is not practical at the moment. The sell­er may not be able to repatriate the proceeds from the sale of shares abroad and may be required to keep these funds in Ukraine until lifting of the temporary restriction.

If the foreign parties instead choose the second option (i.e., making settlements abroad), there will be a problem with payment of the Ukrainian capital gains tax on disposal shares. Some people may hardly call it a problem, because as a result of the inconsistency between tax and currency control regulations the tax may not be payable at all. This inconsistent result stems from the absence of mechanism in the law on payment of the capital gains tax in such setting. The law requires that the tax shall be withheld by the Ukrainian tax agent that somehow participates in the money settlement between the parties and does not provide for the mechanism to pay the tax by the seller itself or to delegate the tax payment to some other party. Because there is no such tax agent within the meaning of the law there is no capital gains tax.

There is a draft law trying to cure this defect, but so far we do not see any active movement in the parliament to adopt it.

On November 22 2016, the Ukrainian government declared Ukraine's adherence to the OECD's BEPS initia­tive. The Ukrainian Minister of Finance declared that the application was submitted to the OECD and that Ukraine joins the Inclusive Framework on BEPS starting from January 1 2017. This is not the first BEPS related initia­tive. Recently, the President of Ukraine issued the Decree on measures to tackle base erosion and shifting of profits abroad, Law No.180/2016, which established the work­ing group on development of the respective draft laws.

However, at this time, there are no BEPS-related changes to the tax laws and we have not heard about recent draft laws prepared to implement BEPS measures. Nevertheless, because of its membership in the Inclusive Framework on BEPS Ukraine should implement at least four actions of the BEPS, including:

BEPS related developments will likely impact rules for granting a treaty relief. In particular, Action 6 which requires the introduction of amendments into both the double tax treaties (i.e., limitation on benefits rule and principal purpose test) and the domestic law (i.e., GAAR) to ensure proper application of the double tax treaties. Time will show how Ukraine is going to implement these actions, but so far we do not see any active movement. Unlike many other developed tax jurisdictions, Ukraine was not adopting any similar BEPS anti-avoidance meas­ures in the past. This means that there will be no replace­ment/revision of any old anti-avoidance rules, but instead the new rules are expected to be drafted.

Recent EU state aid cases have attracted lots of attention in non-EU member states. These are of particular interest for Ukraine, as under the EU-Ukraine Association Agreement Ukraine should implement a legal framework for state aid based on the EU acquis communitaire. On July 1 2014, the Ukrainian parliament adopted the Law of Ukraine on the state aid to business entities, Law No. 1555-VII, which outlines core principles of the state leg­islation and allocates monitoring and control functions over the compliance with the new rules to the Antimonopoly Committee of Ukraine (AMC).

The new law will come into effect on August 2 2017. Theoretically, it could be assumed that the AMC follow­ing the EU practice may start reviewing some domestic tax rulings issued by the tax authorities. However, in our view this is not likely to happen because Ukrainian tax rul­ings are generally pro-fiscal in nature and do not tend to treat businesses favourably from the tax perspective. Furthermore, as a matter of practice the tax rulings are not binding on the tax authorities, they may opt to apply an approach, which differs from the one described in the ruling and claim tax deficiency. In such cases the taxpayer who followed the tax ruling will be only relieved from the tax penalties, but would still be required to pay the prin­cipal amount of the tax.