Hydrogen: is it hype or new reality? 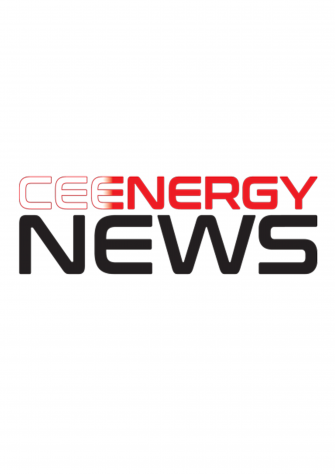 As far back as last year, it is only special interest groups who were discussing the use of hydrogen. However, 2020 has certainly seen a hydrogen boom.

What are the factors that have contributed to an increased focus on hydrogen? Is there any good reason for that? To date, green hydrogen is regarded as the most rewarding and environment-friendly substitute for energy resources. It is commonly known that hydrogen does not release any carbon emissions responsible for the greenhouse effect and global warming. Greater adoption of hydrogen technologies will help European countries meet their obligations under the Paris Climate Agreement.

In December 2019, the European Commission presented the European Green Deal—a road map consisting of a set of policy initiatives to achieve a climate-neutral Europe by 2050. The road map provides for reviewing a number of applicable regulations for how they benefit the climate and enacting new laws on circular economy, renovation of buildings, biodiversity, agriculture and innovations.

The European Hydrogen Strategy, which is a part of the EU’s Green Deal and incorporates a package of measures to promote green hydrogen in the European energy sector and decarbonisation, was passed in July 2020. The strategy gives priority to the development of renewable (green) hydrogen that is expected to be primarily produced from solar and wind. The proposed step-by-step approach includes the installation of at least 6 gigawatts (GW) of electrolysers and the production of up to 1 million tonnes of renewable hydrogen in the EU between 2020 and 2024.

In addition, the EU considers Ukraine to be a priority partner to implement the European Hydrogen Strategy. According to the European Commission, Ukraine, as a priority partner to promote the development of the hydrogen energy sector, stands out for its hydrogen output and transport capacity, considering environmental assets, infrastructure interconnectedness and technological development of the country. With a planned installation of 10 gigawatts (GW) of green hydrogen electrolysers in Ukraine, our state may become an integral part of efforts to attain the ambitious objectives of the European Green Deal.

In addition to its role of generating green hydrogen in the European market, Ukraine is of much interest to Brussels from a perspective of adapting Ukraine’s extensive gas pipeline system to carry hydrogen and natural gas mixture.

What can our country get for it? Apart from becoming the largest green hydrogen producer in the European market, this may allow our state to earn profits from the operation of the gas pipeline system with effect from 2025 when the five-year contract with Gazprom for transiting Russian gas will expire.

The EU expects that Ukraine comes forward with initiatives to intensify cooperation and to promote decarbonisation. This is to say that our country and business community should undergo a certification process, implement European climate standards and transform the economy with the focus on replacing fossil fuels with renewable resources.

However, further work is needed to determine, in cooperation with the EU experts, hydrogen routes and to work out a range of measures to ensure a reliable and safe operation of the gas pipeline system carrying the new energy source. Further work to include:

The Expert Panel of the Ministry has already established a Working Group on the Development of the Hydrogen Energy Sector that is open to all stakeholders. In addition, it is planned that the EU and Ukraine will prepare, subject to economic development priorities, a road map for Ukraine’s participation in the European Green Deal to build up dialogue and to establish smooth cooperation. In August, Ukraine transferred to the EU a position paper reflecting Kyiv’s views regarding its participation in the European Green Deal. Further, it has been suggested that an EU-Ukraine high-level structured dialogue on the matter in question be started and that a relevant road map be developed subject to the priorities of the 2030 Sustainable Development Goals and the objectives of the Paris Climate Agreement.

Ukraine’s climate inactivity could lead to many problems. The European Green Deal provides for the introduction of a carbon tax on imports into the EU, which is a matter of concern for Ukrainian exporters, for instance. No assessment methodology is clearly known so far, but, in principle, an amount assessed will depend on an emission value associated with the manufacture of any product. The carbon tax on imports is called to level the playing field between European and foreign manufacturers. Conceivably, this should encourage foreign companies to reduce their carbon emissions, failing which the value of their products would additionally increase when crossing the EU borders. To avoid the new levy, Ukrainian manufacturers should implement climate standards that are similar to those of the EU.

The National Security and Defence Council of Ukraine passed a resolution acknowledging the need to ensure that Ukraine’s Energy Strategy for the period until 2035 (Security, Efficiency and Competitiveness) be revised and, therefore, the Ukrainian Government commenced the development of the new Strategy Framework. However, nothing has been done except some statements and draft concepts since the beginning of 2020. Ukraine’s Energy Strategy needs an urgent update with the focus on the development path outlined in the European Green Deal and relevant national action plans for energy efficiency and renewable energy development.

Ukraine’s Energy Strategy for the period until 2035 provides for a 25 per cent share of renewables in the country’s energy mix, while the EU’s 2030 target is set at a 55 per cent cut in carbon emissions. The Deputy Energy Minister confirmed the development of the new Ukrainian energy strategy for the period until 2050 and outlined some focus areas of the document: closing coal mines, developing green generation, building energy storage systems, manufacturing and using hydrogen as a fuel, developing smart electrical grids, providing a new level of cybersecurity, etc.

Oleh Nikonorov, Director of Regional Gas Company, says that it is of crucial importance for Ukraine to be ready to use hydrogen in synchrony with the EU. He submits that Ukrainian experts and their European colleagues have reached understanding about how hydrogen should be produced. However, the options for its transportation are still being investigated both in the EU and Ukraine.

The following goals have been set: to understand how hydrogen can be supplied using distribution gas pipelines, to determine maximum safe proportions of gas and hydrogen in the mixture, subject to the today’s condition of the systems and to understand what are the materials that can be used to improve safety when carrying hydrogen. Regional Gas Company has therefore commenced investigating the behaviour of hydrogen in the gas pipeline system.

The second phase of the research work is underway: five testing sites in different regions of Ukraine are used to explore the behaviour of hydrogen in the gas distribution system. At this point, 99 per cent pure hydrogen was pumped into the system. Consequently, the pressure has dropped by 46 per cent over the first two weeks.

The next stage will involve a reduction in hydrogen concentration and an analysis of the system’s response to a less concentrated mixture. On completion of the research, the system will be upgraded and redesigned using the materials that will facilitate the delivery of the emission-free gas to consumers.

We understand that hydrogen, as a green energy source, will be used in Europe and Ukraine, accounting for an increasingly higher share in energy mixes and we must be ready for that.

Share
Previous
Other publications
Forensic analysis of criminal offenses in the field of computer use
What is new in the draft law on labor?
Judicial practice in disputes about determining the child's place of residence
It is impossible to get used to the horrors of war, but we will have enough strength to build a new strong state
This site uses cookies to offer you better browsing experience.
READ MORE
Toggle high contrast
Toggle normal contrast