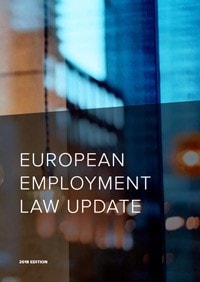 On 3 October 2017 the Ukrainian Parliament adopted amendments to the Law of Ukraine on Mandatory State Pension Insurance. The amendments extended the pension qualifying period, which must be earned by the person as employee, or otherwise according to the law, to be eligible to receive social security payments. Starting from 1 January 2018, the person is eligible to receive a pension if such person’s qualifying period is 25 years, which will be extended annually by one year reaching 35 years in 2028. Retirement age remains 60 years.

If the person’s pension qualifying period is not sufficient under the general rule, the person may still be eligible to receive a pension under a special transitional rule.

Changes in laws on immigration and employment to promote foreign investment

On 27 September 2017, the Law of Ukraine on Amendments to Certain Legislative Acts of Ukraine on Elimination of Barriers to Attracting of Foreign Investments No. 2058-VIII of 23 May 2017 (the Investments Law) became effective.

The Investments Law introduces certain amendments that aim to streamline immigration procedures for foreign investors, as well as simplifying the receipt of work permits for employment of foreign citizens and stateless persons.

The most important amendments to the Law of Ukraine on Legal Status of Foreign Citizens and Stateless Persons made by the Investments law include that it:

The most important amendments to the Law of Ukraine on Employment of Population made by the Investments law are that it: