Marriage Contract: Superfluity or a Profit Making Investment for the Future 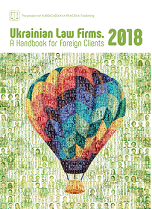 Nowadays, people do not treat the international marriages as something exotic, the latter having become quite an ordinary thing. The foreigners choosing Ukrainian woman as a spouse tend to be increasingly interested in governing the property interests with a marriage contract. Where the foreigner also decides to purchase some assets or join some business in Ukraine, such an instrument of interests' protection must be viewed with special care.

Background of such precautions is clear. First, in numerous jurisdictions execution of a marriage contract is a part of standard to-do list, having no negative connotation of mistrust, as it is in the post-soviet countries. Second, the marriage contract allows hedging the capital from any third party interference, as well as to defend and ease one's business operation. Third, you may no more worry about any hypothetical property dispute settlement by Ukrainian courts, which outcome is merely predictable.  Among other things, the true advantage is the marriage contract drafting and notarization budget, it being far behind the one charged in many other countries.

There is a separate chapter in the Family Code of Ukraine governing the marriage contract. Particularly, it defines the list of subjects qualified to enter into the marriage contract, the contract contents, form, amendments and termination procedure, and the other material aspects thereof.

The bride and groom may enter into a marriage contract before marriage but after filing an application for marriage registration with the Civil Registry Office (then, the contract will become effective on the marriage registration date), or the contract may be executed by the married spouses at any time (then, the contract will become effective on the date of signing and notarization). It is worth mentioning that a marriage contract may not be entered into by the domestic partners. Their property interests may be governed with the other contractual mechanisms.

A statutory notary form is provided for the marriage contract. One may apply to any notary in Ukraine, either public or private one, to notarize such contract. Should the spouses agree the contract terms in a verbal form or in a plain written form, such covenant shall  not be binding.

If either party does not speak Ukrainian, the contract is executed in bilingual form (the most common form is Ukrainian and English text, although the instrument may be translated into any other language). The contract execution procedure may be attended by a qualified interpreter/translator holding relevant diploma. The latter certifies translation as true with own signature.

As a rule, stipulated by the family laws, each and any item purchased within marriage is deemed an object of the joint property (so called, presumption of joint property). Such terms, i.e., the statutory ones, shall apply automatically upon marriage registration, once no marriage contract is executed. The terms of the spouses' joint property means that the spouses enjoy equal rights to the property gained within marriage, i.e., use, own and dispose subject to the mutual consent, and regardless of the individual spouse's contribution to the property gained.

Most commonly, the parties rely on their complete financial independence and agree to treat all the property, as well as the results and revenues from such property, as the private property of the party registered as the property purchaser and/or holder. Once a marriage contract is earmarked for protecting business interests of one or both spouses, it might be reasonable to factorize the aspects of the business activities, leaving all the other property purchased in the family interests as the joint property.

Moreover, the marriage contract may govern the spouses' property rights and obligations with respect to the children, and the common support, both for the marriage period and for possible termination thereof. For instance, the spouses may agree that a spouse giving up one's occupation in the family interests, should the marriage be terminated, will receive allowance from another spouse to restore the occupation within certain period. The marriage contract may stipulate the property "safety nets" should either spouse suffer temporary disability, e.g., the husband's obligation to support the wife during maternity leave.

This list of the spouses' property interests governed by the marriage contract is not exhaustive. The law allows incorporation into the marriage contract any other provisions governing the property legal status at one's own discretion, provided that the same do not conflict with the society's moral principles.

Particularly, the marriage contract may imply an option of executing valuables related deeds (including those covering real estate, the proprietary intellectual property rights and the corporate rights) without notarized consent of the other spouse. Moreover, it is possible to hedge the risk of acknowledging as the joint property one of the spouse's personal property which cost significantly increases in the course of marriage (e.g., as a result of overhaul, reconstruction, re-equipment, etc.) due to contributing joint funds or labor efforts.

The debt burden may be agreed as well: who, when and under what circumstances bears liability under the personal and joint obligations, which property may be subject to penalty, etc. In this context, it is worth mentioning that under the laws of Ukraine there exists no obligation to notify the lenders of the marriage contract execution and terms thereof, nor there is any open register. Therefore, one should be extremely careful to avoid any further creditors' claims seeking invalidation of the marriage contract, as the ones aimed at avoiding the undertaken obligations.  However, a correctly drafted marriage contract may hold the family harmless of any penalties under the property obligations of either spouse.

Undoubtedly, the marriage contract may be used as a rather flexible and effective method of securing the property rights and interests of the spouses. However, the freedom of contract principle is not absolute, it is limited with binding rules, which may be amended by the parties at their own discretion.

Unlike certain European states, the USA and Canada, under the laws of Ukraine the marriage contract may govern solely the property interests. Such agreement may not cover any non-property personal interests. Furthermore, the marriage contract may not restrict the child's rights beyond those stipulated by the family laws (e.g., approve the alimonies amount less than the one set forth by the family laws).

The marriage contract may not stipulate handover to either spouse of the title to the real estate and the other property, which right is subject to the state registration, i.e. it is not equivalent of the property alienation agreement.

Such agreement may not result in any extraordinary disadvantageous material position for either spouse. Undoubtedly, the terms of marriage contract should not equally defend either spouse's interests, it would rather deprive such contract of any practical sense. Such restriction is aimed at preventing extremities, e.g. complete waiver by either spouse of its property.

When drafting the marriage contracts with a foreign element, one should always consider the specifics and comply with all the restrictions set forth by the applicable laws of the second spouse's country citizenship, as well as the jurisdictions, in which such a contract may be hypothetically applied in the future (particularly, in the countries hosting the property and the business operations). In such event, it would be reasonable to outsource a counsel having practice in the relevant states, in order to be advised of the mandatory law rules, the option of acknowledging and applying in the relevant jurisdiction a marriage contract executed in Ukraine.

It is safe to say that the marriage contract becomes increasingly demanded, especially as regards the international marriages. This regulator of the property relations is of especial interest for the people who earn much and are going to get married for the second time. The marriage contract is a kind of property code for certain couple, defining in detail the property related aspects of family life. Such a covenant is a flexible and efficient method to agree beforehand on the property rights and obligations of the spouses for the marriage, being a civilized method to solve any property related problems in case of marriage dissolution. Thus, instrument is worth sharing with entrepreneurs, since it simplifies the business processes, protects the assets from bad faith encroachments and safeguard one's family from possible penalties imposed on the family property, as related to the entrepreneurial obligations.