Finding new keys to happiness in 2019 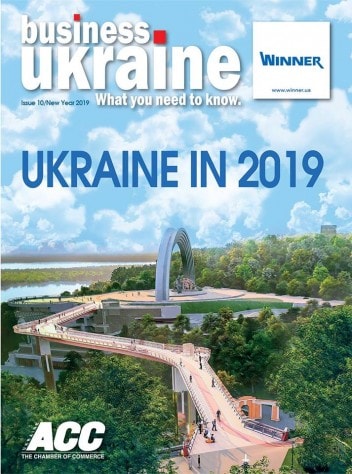 Ukraine’s legal industry continues to adjust to a difficult political and economic environment.

Many people consider happiness the most appropriate measure of social progress. This is not particularly news for Ukraine, which currently occupies the one hundred and thirty eighth position among 156 nations featured in the 2018 World Happiness Report. Ukraine has been struggling to find happiness ever since it became independent in 1991 following collapse of the Soviet Union.

As a citizen of this patient and hopeful nation, I still believe that happiness will come to Ukraine soon, exactly as I did in that already distant year of 1991 when there was almost no private business to speak of and virtually no legal services market in Ukraine. At that time, the best legal brains were all in academia teaching and analyzing law. Then came the years of wild capitalism, unfair privatization, fantastic enrichment, barter culture, and raider attacks. Ukraine witnessed the country’s first foreign investments and joint ventures. These changes required new laws and new law practices. Progress came quickly enough thanks to governmental assistance and study programs, the work of NGOs, and the Kyiv offices of international law firms, which injected their professional style and workaholic mentality into the incipient Ukrainian legal industry. During these early years, many Ukrainian legal startups enhanced their HR strategy with internships and LL.M degrees from top law schools in Europe and the US. Fluency in English and good knowledge of Western and Ukrainian law provided legal services providers with unprecedented opportunities. There was almost no competition, while fees were set according to Western standards. Happiness seemed to be within touching distance.

However, things turned out to be significantly harder than expected for the first generation of the then-fledgling Ukrainian legal services industry. Competition started to pick up quickly, while the rapidly maturing local market produced plenty of strong competitors for their erstwhile international “mentors”. Soon enough, local law firms were dominating the Ukrainian market, both numerically and in terms of industry rankings. Challenges came also from the economy, which faced one crisis after another. A lack of reforms meant that many important investments were set aside until a better time that never seemed to arrive. The country’s everchanging and unstable political landscape was particularly unhelpful, with each successive government seemingly having little in common except a lack of appropriate skills and an appetite for corruption.

The dramatic point dividing independent Ukraine’s destiny into “before” and “after” phases was the 2013-14 Revolution of Dignity, when the public took to the streets to force a change of political regime and direct Ukraine’s course towards the EU. What happened next was an unprecedented period of nation building. Since 2014, Ukraine has experienced a rapid development of national identity at a time when the country has had to contend with military interference in one region and annexation in another while launching painful and difficult economic, political and judicial reforms alongside the fight against corruption.

Ukraine’s legal industry continues to adjust to what remains a highly challenging political and economic environment. Further changes in the legal market are anticipated with the expected coming adoption of a statute on legal practice and enhancement of the so-called “attorneys’ monopoly”, which means that only attorneys are able to handle representation in the country’s courts. Consequently, the role of the attorney community will likely become stronger.

One of the most pressing professional issues facing the legal services industry in Ukraine remains insufficient legal education. This explains the success of the recently launched Legal High School initiative, which webcasts lectures and shares the experience of practicing lawyers. It also explains the widespread public and professional support for emerging private law schools such as the Ukrainian Catholic University’s law school, which features the world’s best teaching practices combined with practical training. There is also a clear dynamic towards consolidation within the legal market. A number of recent mergers reflect this trend, including one creating the largest Ukrainian law firm, Asters, with a headcount exceeding 240 employees and an expanding international presence. Meanwhile, legal practitioners continue to face a range of their own industry-specific problems including tightening competition, declining legal fees, and the never-ending necessity to refocus on new practices. Today this means IT, infrastructure and energy, especially the renewable energy sector.

The coming year will inevitably be complicated by Ukrainian presidential and parliamentary elections. Despite the many challenges currently facing both the nation in general and the legal profession in particular, I still believe in a happy future. Ukraine deserves to be a happy nation. The task is to find the right keys to unlock this happiness, and to do it as soon as possible.