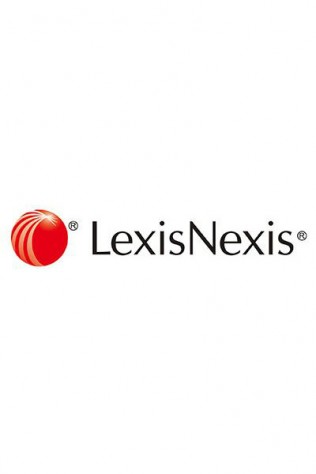 Arbitration analysis: The Ukrainian Supreme Court has resolved the question of whether an Arbitration Institute of the Stockholm Chamber of Commerce (SCC) emergency arbitrator award (emergency award) can be recognised and enforced in Ukraine. On the facts, the Supreme Court refused to grant recognition and enforcement of the Emergency Award for violation of Article V(1)b and (2)b of the New York Convention. However, it left open the possibility of the recognition and enforcement of emergency awards in Ukraine as a matter of principle. Markiyan Kliuchkovskyi, partner at Asters in Kyiv, and Oleksandr Volkov, senior associate at Asters, comment on what lessons can be learned from this case and consider the implications for arbitration lawyers.

The case deals with the hotly debated issue of whether awards issued by emergency arbitrators can be recognised and enforced under the New York Convention. The central issue is whether an emergency award can be considered an ‘award’ within the meaning of the New York Convention and if the Convention can be applied to an emergency award. JKX Oil & Gas is one of the few known attempts to date to have an emergency arbitration award recognised and enforced. While the first instance court granted recognition, on appeal this recognition was set aside with courts finding certain procedural failures:

The Supreme Court has set out that awards—irrespective of whether they provide for freezing measures such as those that may be awarded by emergency arbitrators—can be read within the context of the New York Convention. As such, such an award should be subject to full scrutiny of national courts under Article V of the New York Convention. It is also important to keep in mind that an emergency award rendered against a sovereign state should be careful not to interfere with the distribution of powers inside that state or infringe upon the sovereign powers of that state, and an emergency arbitrator should carefully frame the awarded measures to reflect this. To avoid a risk of engaging the public policy exception to recognition and enforcement, at the outset of proceedings a petitioner should ask the emergency arbitrator for remedies that correspond to the powers of the local judiciary and not step into the exclusive area of legislative or executive branches of the state. What was the background? A conflict between Ukraine and an English company, JKX Oil & Gas PLC (JKX), arose in July 2014 when the Ukrainian Parliament endorsed an initiative of the Cabinet of Ministers of Ukraine and temporarily, until 1 January 2015, increased the royalties on extraction of natural gas for industrial users from 15% to 28% depending on the extraction depth (the measures). Normally, amendments like these would come into force after a grace period at beginning of the following year in line with the Tax Code of Ukraine and the principle of stability incorporated therein, but in this case the measures came into effect immediately in August 2014. In mid-November 2014, JKX notified the state of Ukraine of the existence of an investor-state dispute under the bilateral investment treaties (BIT) between:

• Ukraine and the United Kingdom

• Ukraine and the Netherlands

It should be noted that all the BITs and ECT contain a three-month cooling-off period. In this period the parties should amicably try to settle the dispute before initiating an arbitral proceeding. It is also important that JKX send their notice of a dispute to the Administration of the President of Ukraine rather than to the Ministry of Justice of Ukraine. In December 2014, the Measures were extended for the entire 2015 calendar year. Therefore, considering that the measures would have a devastating effect to JKX’s business in Ukraine, in early January 2015 they launched emergency arbitration proceedings under the SCC Arbitration Rules to obtain a de facto order restraining Ukraine from imposing the royalties above the 28% rate. In early January 2015, the SCC Secretariat appointed Professor Rudolf Dolzer as an emergency arbitrator. He scheduled in hearings several days later granting the Ukrainian Ministry of Justice time to address the petition. However, due to the New Year holiday, the Ministry of Justice was not able to properly process the petition and participate in the hearings. On 14 January 2015, the emergency arbitrator rendered the Emergency Award obliging Ukraine to abstain from increasing royalties exceeding 28% for JKX. After failing to reach an agreement with the Ministry of Justice on voluntary compliance with the Emergency Award, JKX turned to the Ukraine first instance court to obtain an exequatur under the New York Convention. In early June 2015, following a careful consideration, the Pechersk district court in the city of Kyiv granted this petition and allowed recognition and enforcement of the Emergency Award. It should also be noted that the court considered the fact that an Emergency Award granted interim measures was immaterial. The Ministry of Justice then filed an appeal on the basis that:

• it was not properly notified of the proceedings

• in any event, the decision was contrary to public policy

• the parties complied with the mandatory cooling-off period

The court answered all questions in affirmative. As to the public policy defence, the Court of Appeals concluded that courts are not competent to amend the royalty rates because the laws of Ukraine vest this issue exclusively to the competence of its Parliament. The court’s opinion was that the enforcement of the Emergency Award would be contrary to the Tax Code of Ukraine whereby only Parliament may set tax rates. The Court of Appeals also concluded that the Ministry of Justice was not properly notified because they received notice on proceedings after the end of the seasonal holidays period. It in fact, received it after the hearings had concluded. More importantly, the court upheld the appeal on the basis that JKX turned to an Emergency Arbitrator without complying with the mandatory three-month cooling-off period. The court’s opinion too was that JKX had to notify the Ministry of Justice not the Administration of the President of Ukraine. As the notice of the dispute was submitted to the wrong recipient, this three-month period never commenced and therefore was not complied with in January 2015 when the Emergency Arbitration was launched. These conclusions were then upheld by the High Specialized Court on Civil and Criminal Matters.

JKX appealed to the Supreme Court asking it to reverse this decision claiming there had been an incorrect application of the New York Convention. In their appeal JKX alleged that suspension on collection of taxes and other mandatory payments is applied as an interim measure by the Ukrainian courts and cannot be considered as a public policy violation. Further, JKX contested conclusions of the courts on proper notice and the need to comply with the mandatory cooling-off period. The Supreme Court disagreed with JKX on the public policy defence. It concluded that Article 1 of the Tax Code of Ukraine sets:

• an exhaustive list of taxes and royalties collected in Ukraine

• their administration, authority and competence of the state bodies

Under Article 7.3 of the Tax Code of Ukraine, all questions relating to taxation are subject to the Tax Code and cannot be amended or altered by other laws of Ukraine except laws that expressly amend the Code. According to the Supreme Court, only the Tax Code may impose grounds for giving tax preferences and establish a procedure for their application. Having analysed these provisions, the Supreme Court concluded that the Emergency Award was issued against the requirements of the Tax Code of Ukraine and its enforcement would lead to an alteration of the royalty rates for natural gas extraction uniquely for Joint venture Poltava Petroleum Company from 55% to 28%. The opinion of the Supreme Court was that providing the courts or arbitral tribunals with a competence to vary amounts of taxes or mandatory payments in contravention of the rules of the Tax Code of Ukraine would be contrary to basic foundations of taxation. Going on the Supreme Court ruled that recognition of the Emergency Award would not be in line with the public policy of Ukraine and would be in violation of Article V.2(b) of the New York Convention. The Supreme Court also carefully analysed the arguments with respect to compliance with the cooling-off period defence. Its starting point was Article 26(2) of the ECT which is now ratified as law in Ukraine. This provision is clear that the disputes, which cannot be settled within a period of three months from the date on which either party to the dispute requested amicable settlement, may be submitted to resolution by arbitral proceedings. The Supreme Court’s conclusion is that this provision is mandatory. On the facts here, JKX had incorrectly filed a notice of claim to the Administration of the President of Ukraine which is not an authority responsible for protection of rights and interests of Ukraine in the amicable settlement of disputes with foreign investors. The proper body is the Ministry of Justice of Ukraine. Since the notice was sent to the wrong authority, the three-month period never started. So the arbitral proceedings before the Emergency Arbitrator was commenced in breach of the arbitration agreement which is a ground for refusal in recognition and enforcement of the Emergency Award (Article V(1)b of the New York Convention).