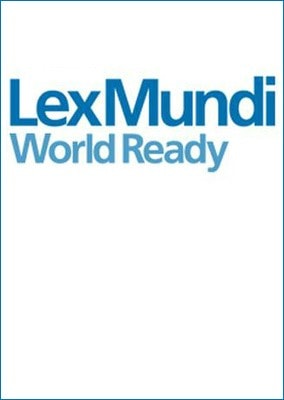 The Lex Mundi Global Anti-Corruption Compliance Guide allows users to download information on local anti-bribery and corruption regimes in more than 75 jurisdictions around the world. The guide’s interactive format allows users to search for and download an individual jurisdiction’s report or compare legislation from multiple jurisdictions in a side-by-side customizable report.

What is the key anti-bribery and corruption legislation in your jurisdiction?

The key anti-bribery and corruption legislation includes (i) the Law on the Prevention of Corruption, establishing the general anti-corruption framework and system of public service integrity and prevention of corruption (i.e. rules on conflicts of interests, gifts, asset reporting process, protection of whistle-blowers, requirements for compliance policies in legal entities, etc.); and (ii) the Criminal Code of Ukraine and the Code of Ukraine on Administrative Offences, setting forth criminal and administrative liability (respectively) for violations of the anti-bribery and corruption requirements.

Other relevant legislation includes the Law on Public Procurement and the Law on Prevention and Counteraction to Legalization (Laundering) of the Proceeds from Crimes or Terrorism Financing and Financing Proliferation of Weapons of Mass Destruction.

Has there been a specific anti-bribery and corruption law enacted in your jurisdiction in the last ten years?

Yes, the Law on the Prevention of Corruption entered into effect on April 26, 2015 (replacing the previous law from 2011).

Additionally, the new law has led to the establishment of the National Agency on Corruption Prevention, which became fully operational in August 2016.

In the past several years the Criminal Code of Ukraine had been amended to (i) introduce criminal liability for certain acts (e.g. undue influence, illegal enrichment) and impose punishment on legal entities for bribery and related actions by their officials; (ii) introduce the concept of special confiscation into the legislation; and (iii) increase penalties for certain corruption offenses.

Certain measures to strengthen the institutional framework of combating corruption were undertaken, including the establishment of the National Anticorruption Bureau of Ukraine (“NABU”) and the Specialized Anti-Corruption Prosecutor’s Office ("SAPO"). The Law on the Higher Anticorruption Court, responsible for consideration of the corruption-related offenses provided for in the Criminal Code of Ukraine, entered into force on June 14, 2018 (the new court is expected to become operational at the beginning of 2019).

From a practical standpoint, the anti-corruption regime and enforcement thereof has changed dramatically since the Revolution of Dignity in 2014.

Is a bribe payment to domestic government officials prohibited by the legislation?

Yes, such payment is prohibited.

Ukrainian law provides for the notion of “improper advantage” defined as "money or other property, preferences, advantages, services, non-monetary assets, and any other advantage that is being illicitly promised, offered, delivered, or received by the person, who is authorized to perform public or local self-government functions".  This replaced the definition of a bribe.

Is a bribe payment to foreign government officials prohibited by the legislation?

Yes, provisions for such payment to a foreign official (as defined in the Criminal Code of Ukraine) is punished under the same article as bribing domestic government officials.

Is requesting or accepting a bribe prohibited by the legislation?

Yes, an acceptance (receipt) of a bribe (as well as acceptance of promise or proposal) is also criminally punished.

Who is subject to the legislation?

Ukrainian law prohibits corruption in various forms, including bribery of (i) domestic government officials (also include officials of state and municipal enterprises); (ii) foreign government officials; (iii) officials of private legal entities; (iv) employees of state and municipal enterprises, institutions or organizations (that are not officials); (v) and providers of public services.  Both bribe giver and bribe taker can be subject to the punishment (subject to case by case analysis).

Legal entities may also be subject to criminal law measures in certain circumstances.

Is there criminal liability for corporate entities who have either paid or accepted a bribe payment?

The Criminal Code of Ukraine establishes punishment for companies in the event of the commitment of certain offenses by their officials or representatives in their name and in the interest including the bribing of a governmental official, official of a private legal entity or persons providing public services, undue influence, and others).

Additionally, the legal entity may be responsible for non-fulfillment of duties by its officials or shareholders to take corruption-preventive measures if this has led to a commitment of the above offenses by their employees.

This means that the application of punishment to the legal entity is linked to the commitment of the criminal offense by above-mentioned individuals and holding them liable for such actions.

What is the penalty for individuals violating the law?

Generally, penalties for corruption-related offenses depend on nature of such offense, the type of official who committed the offense or to whom improper advantage was offered, the amount of the subject matter of damages caused and certain other circumstances including conspiracy, repetition of the offense and so forth.

By way of example, bribing an official occupying a certain position of responsibility (such as a member of parliament or a judge of the Supreme Court) involves imprisonment from five to ten years and possible forfeiture of property. Bribing an official occupying another position (such as other judges or prosecutors) is punishable by imprisonment from four to eight years and possible forfeiture of property. Bribery of other officials (without aggravating circumstances) is punished by a fine (from UAH 300 to UAH 450), restraint of liberty from two to four years or imprisonment for the same period.

Receipt of a bribe by other public officials is punished by a fine (from UAH 600 to UAH 900) or by arrest from three to six months or by imprisonment from two to four years with prohibition to occupy certain positions up to three years (without forfeiture of property). Acceptance of a promise or proposal to receive a bribe or solicitation to provide it is punished in the same way.

Lighter punishment is envisaged for receipt of a bribe by a person providing public services (e.g. notary, private executor, court expert) and by officials of commercial legal entities.

Penalties for corruption-related administrative offenses (lighter than criminal) imposed on individuals are set in the Code of Administrative Offences of Ukraine and depending on the nature and type of the offense include a fine from around UAH 30 to UAH 1.5 thousand with forfeiture of the received income or a gift (where applicable) and deprivation of the right to occupy certain positions or engage in certain activities for one year.

As state above, the Criminal Code of Ukraine provides for punishment to be applied to legal entities in certain circumstances. In such cases, the legal entities are subject to a fine calculated on the amount of undue advantage received by them and doubled.

If the undue advantage was not received or its amount could not be calculated, the courts (depending on a gravity of criminal offense for which the above individuals are convicted) have a right to apply a fine within a range from approximately UAH 3,000 to UAH 30,000.

In practice, the imposition of criminal punishment on legal entities for corruption-related offenses committed by their officials, representative or employees is rare. In decisions publicly available, the issues were rather minor, and fines imposed on companies did not exceed UAH 1,200.

Assuming corporate entities are liable for violating the legislation, does having a compliance program designed to prevent bribery constitute a defense?

Ukrainian law does not provide for statutory defenses for bribery or other corruption-related offenses (such as exemption for facilitation payment or the availability of compliance program).

The availability of compliance program as well as other steps taken (e.g. risks evaluation) means that in case of commitment of bribing (and other offenses mentioned above) by an employee of the legal entity, such legal entity should not be punished for non-fulfillment of duties to take measures to prevent corruption.

In other instances, the measures taken by a legal entity to prevent the criminal offense (e.g. compliance program) is a circumstance that courts shall consider in the imposition of the criminal punishment to the legal entity (where applicable).

Assuming corporate entities are liable for violating the anticorruption law, is it possible for a corporate entity to reach a deferred prosecution agreement or leniency agreement with the enforcement authorities?

No, the Criminal Procedure Code of Ukraine does not provide for such an option. However, if the court applies a fine to the legal entity, it can allow deferred payment of such fine (in installments and up to three years) considering the financial situation of the company.