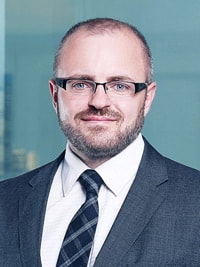 Yaroslav Petrov, Counsel at Asters Law Firm, has been reelected a Co-Chair of the Fuel & Energy Committee of the European Business Association (EBA) which has the largest membership of over 900 businesses operating in Ukraine. Co-Chairing will be conducted by Yaroslav in 2018 together with Maksym Sysoiev, Senior Associate at Dentons.

“We are confident that upon leadership of Mr. Sysoiev and Mr. Petrov, the Committee will certainly reach positive results in its activity and promote a sustainable development of the fuel & energy industry in Ukraine,” – the official announcement of the European Business Association says.

European Business Association (EBA) - the premier organization for foreign business in Ukraine - brings together over 900 European, Ukrainian and international companies. EBA was established in 1999 as a forum for discussion and resolution of problems facing the private sector in Ukraine. This initiative of business people was supported by the European Commission. Being a non-profit Association of legal entities, the EBA sees its core mission as representing the interests of European and domestic investors in Ukraine, and improving the investment climate has been the EBA’s major concern since the moment it was founded.

Share
Previous
Other publications
What is a suitable job for the unemployed and how does the state stimulate the employment of the population?
TOP-5 compliance conditions for cooperation with international organizations
Новий-старий порядок військового обліку. До чого готуватись бізнесу?
5 new trends in real estate and construction practice
This site uses cookies to offer you better browsing experience.
READ MORE
Toggle high contrast
Toggle normal contrast