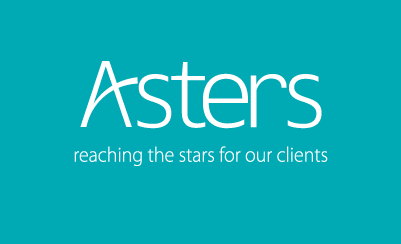 Asters acts as a legal counsel to the European Bank for Reconstruction and Development (EBRD) in connection with its USD 15 million financing to Modern-Expo Group, one of the largest manufacturers and suppliers of fixtures and equipment for retail stores and warehouses in Central and Eastern Europe.

A seven-year loan will be used to increase production volumes at the two principal manufacturing sites in Lutsk (Ukraine) and in Vitebsk (Belarus). The company will also be able to restructure its balance sheet.

The European Bank for Reconstruction and Development (EBRD) is the largest international financial investor in Ukraine. To date, the Bank has made a cumulative commitment of almost €12.1 billion across some 400 projects since the start of its operations in the country in 1993.

Modern-Expo is a privately owned company, which has been operating in Ukraine for over 20 years and expanded to Belarus in 2014. Around 65% of company revenues are generated from export sales to more than 60 countries around the world. It supplies its products to major international retailers including Auchan, Carrefour, Billa, Nestle and many others.

Asters is a full-service independent national law firm that has maintained a strong presence in Ukraine since 1995. Asters has extensive industry-specific experience and plays a leading role in advising clients in various market sectors. The Firm has consistently remained at the top of the Ukrainian legal market throughout its history. Asters is a winner of Ukraine Law Firm of the Year 2018 award by Who’s Who Legal and a two-time winner of the Law Firm of the Year: Ukraine and the CIS award (The Lawyer European Awards 2014 and 2015). It is also acknowledged as the Law Firm of the Decade by Ukraine's Legal Awards 2016. Asters holds top positions in the most authoritative international and Ukrainian market reviews: The Legal 500, Chambers Global and Chambers Europe, IFLR 1000, Who's Who Legal, Best Lawyers, Expert Guides, and Top 50 Law Firms Annual National Ranking.

Share
Previous
Other publications
What is new in the draft law on labor?
Judicial practice in disputes about determining the child's place of residence
It is impossible to get used to the horrors of war, but we will have enough strength to build a new strong state
Emerging stronger: Ukraine’s women lawyers
This site uses cookies to offer you better browsing experience.
READ MORE
Toggle high contrast
Toggle normal contrast