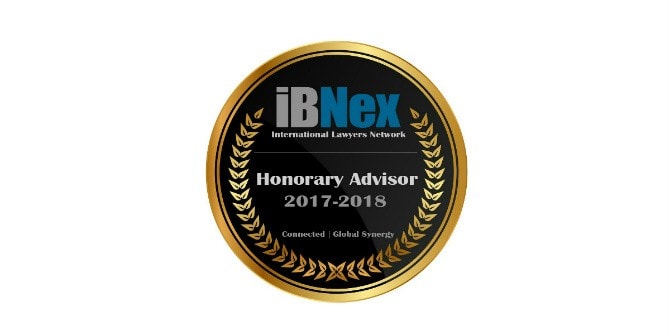 Asters and the Firm's Managing Partner Oleksiy Didkovskiy have been approved as Ukraine Regional Honorary Advisors of iBNex, an international network of leading lawyers specializing in cross-border matters, covering over 60 countries-participants of the Belt and Road Initiative launched by the People's Republic of China.

In accordance with the iBNex mission "professional services, in particular legal services, are of pivotal importance in safeguarding the Belt and Road Project. The building of international economic cooperation such as a new Eurasian Continental Bridge, setting up of a safe and unimpeded maritime channel, and the promotion of infrastructure constructions, international trades, transactional investments, energy resources cooperation, shipping finance, etc., all require the support of solid and sound legal infrastructure to enhance economic efficiency, buttress long-term sustainable growth and development".

Each year, iBNex is looking for leading persons in the legal industry to take up a privileged and important role of Honorary Advisors representing each country of the Belt and Road Initiative. In 2017-2018 Asters will be representing Ukraine in the iBNex International Advisory Board accompanied by colleagues from leading law firms from other jurisdictions, such as Baker Botts, Sorainen, HBS Law etc.

"Recently Ukraine has become a growing target for investments from the PRC and is likely to draw even more attention from Chinese companies in the future. Asters is honored to represent Ukraine in the Advisory Board of iBNex network aimed at the development of economic collaboration among over 60 countries-participants of the Belt and Road Initiative. As much of our work has an international dimension, working closely with this network's member firms allows Asters to fulfill our clients‘ needs perfectly," – comments Oleksiy Didkovskiy, Asters' Managing Partner.