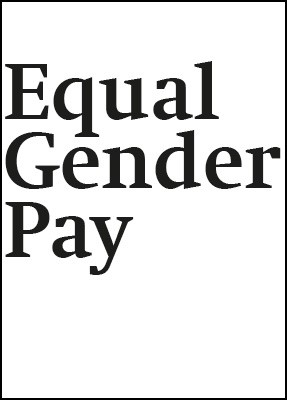 The official statistics continue to prove that female employees in Ukraine earn on average less than their male colleagues. The report of the national statistics agency, the State Committee of Statistics of Ukraine, regarding the average monthly salaries for the first quarter of 2019 shows the difference in pay of men and women at the level of 22.8 %. That being said, the ILO Global Wage Report 2018/19 on gender pay inequalities reveals the figure of 32.0% in respect of Ukraine, as measured by Gini coefficient.

Although the gender pay gap is relevant for nearly all spheres of economy, the reported national statistical data shows that finance and insurance sectors are the leaders with the gap of 38.9 % in the first quarter of 2019. Education, social and support services, as well as healthcare show the lowest level of the gap in remuneration.

The reasons and factors contributing to the existing gap in male and female remuneration vary, from certain legislative provisions to public perception and structure of employment market. To start with, Ukrainians continue to divide professions into «female» and «male» and often view certain high-skilled jobs as typically «male». Furthermore, there is a legislative list of jobs with heavy and harmful conditions, on which the law prohibits work of women. The pay for these jobs is naturally higher due to their demanding character. As the consequence, such an occupational segregation affects the level of remuneration of female employees.

Another factor to mention is disproportionate distribution of unpaid work in the household, such as caring for children or elderly members of family. This work is typically «female» in Ukraine, as often serves as the reason for women to work part time or choose jobs that are less demanding or offer flexible working conditions. Applicable labour law impacts to this factor, as some of the benefits, such as parental leave or extra vacation days, are available only to female employees.

Apart from this, local HR agencies often report a gap between expectations of male and female job applicants. Usually, female candidates tend to have lower wage and position expectations, even despite of the same education, qualification, and work experience as those of their male colleagues. Hence, men traditionally dominate in senior level positions and tend to get higher remuneration upon start of work and quicker pay raise.

The Constitution of Ukraine in its Article 23 grantees the equality of the rights of women and men in all fields of activity, particularly, by securing equal remuneration for equal work. The Labour Code of Ukraine echoes this rule it its Article 21, which also prohibits any form of discrimination in the sphere of labour, including discrimination based on gender.

The legislative act with the detailed rules devoted to combating gender discrimination is the Law of Ukraine «On Ensuring Equal Rights and Opportunities for Women and Men». Pursuant to Article 17 of this Law, employers must ensure equal pay for work of male and female employees with the same qualification and working conditions. The Law further provides for a general requirement to include provisions on elimination of gender pay gap to a collective bargaining agreement of an enterprise, if it was signed.

In 2017, Ukrainian government approved the State Social Program for Ensuring Equal Rights and Opportunities for Women and Men by 2021 with the list of steps and objectives to eliminate gender discrimination. One of such objectives is to narrow the gender pay gap to 20 % by the end of 2021. However, the Program is generally silent on the specific measures to be taken in order to reach this objective.

The only gender quota that currently exist at the legislative level is the electoral quota for the party candidates taking part in elections to municipal councils. Since 2015, a party is eligible for municipal elections if at least 30 % of its candidates are female. In addition, at the beginning of 2019 the lawmakers unveiled the draft law that proposes to introduce a 40 % quota for women in supervisory and executive boards of banking institutions and companies with state capital. Currently, the draft law waits for vote by the parliament of Ukraine.

From time to time, there emerge legislative attempts to give more shape to gender pay gap legislation, for instance, by introducing reporting obligations for employers. As of today, however, none of such proposals is under consideration of the parliament.

The general remedy that is available for employees who faced unequal treatment at the workplace is the compensation of damages, including moral damages. The employees may file relevant claim directly with a competent local court. Further, collective bargaining agreements may provide for additional protection against violation of equal pay legislation in respect of the employees. In practice, however, any such additional protection, as well as damages claims, are relatively rare.