Recent Trends in the Energy Sector 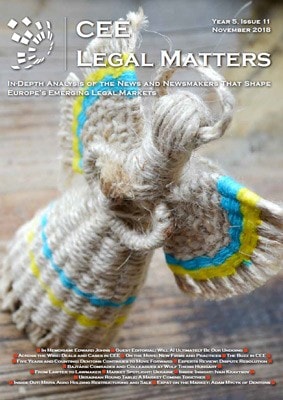 The main trend of 2017-2018 in Ukraine is the booming development of the renewable energy sector. The Ukrainian Government is also taking steps to increase domestic oil & gas production.

In September 2017 and January 2018, the National Energy and Utilities Regulatory Commission of Ukraine (the "Regulator") revised the PPA to improve its bankability. Because the latest changes were not acceptable to the offtaker — SE "Energorynok" — all market participants signed the September 2017 version. The Regulator is working on the new model PPA, which should be adopted before 2019. The new PPA is required by Electricity Market Law No. 2019-VIII, designed to launch the new electricity market model on July 1, 2019.

In September 2018, the Parliament adopted changes which significantly simplified the development and construction of wind projects. In addition, in 2017-2018 the Parliament introduced some new procedures in relation to the environmental impact assessment which influences the project development process.

Since late 2017, there have been discussions about introducing renewable energy auctions, which should help to secure a sustainable regime for renewable energy projects in Ukraine. In June 2018, Bill No. 8449 and seven alternative bills were registered in the Parliament. In summer 2018, the Parliament held a number of public consultations with major stakeholders and market participants aiming to improve the Bill. In accordance with the Bill, the auction regime should be introduced in July 2019 with first auctions to be conducted in 2020. Bill No. 8449 provides for a transition period for projects under development to make sure they will continue to enjoy the "green" tariff.

Since the end of 2017, Ukraine has not taken significant steps to finish the unbundling of its GTS Operator.

The introduction of daily balancing, originally planned for August 1, 2018, was rescheduled for December 2018.

On March 1, 2018, the Ukrainian Parliament adopted a law that improves the procedure for allocating land for the purposes of exploration, construction, and maintenance of pipeline transport facilities, and which facilitates other licensing procedures for the oil and gas industry. Subsequently, on April 25, 2018 the Ukrainian Government adopted Resolution No.333, which improves the procedure for conducting auctions for the sale of subsoil use permits/licences and improves the regulation on the subsoil use permits. After these changes, new auctions for subsoil use were scheduled for autumn 2018. Moreover, the State Service for Geology and Mineral Resources of Ukraine announced pilot electronic auctions for the sale of subsoil licences.

On March 28, 2018, the State Service for Geology and Mineral Resources of Ukraine completed the digitization of and the arrangement of access to geological maps of Ukraine at a scale of 1:200,000.