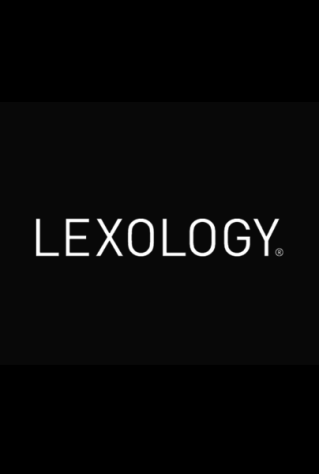 One of the most significant and important features of a successful business as well as a successful professional is forecasting. Legal business is not an exception, so we decided to describe the top-list of expectations in litigation practice for the following year.

Amendments adopted by the Parliament of Ukraine in 2016 stipulate the imperative condition that merely attorneys with the respective certificate may perform court representation of any other person. It means that another person, who is not an attorney, is not entitled to represent a client in court.

Meanwhile, this law also provides the "adaptation period" for implementing the amendments. Thus, the exclusive right of attorneys to represent a client (except for state authorities) in the Supreme Court commenced from January 1, 2017, and in the appeal courts - from January 1, 2018.

So, only certified attorneys are entitled to represent their clients in the Supreme Court and appeal courts in 2018, and on January 1, 2019 the same rule was implemented in the first-instance courts.

Nevertheless, there is a flip side of the coin - the majority of the lawyers without certificates have already passed the attorney exams during the "adaptation period". This obviously demonstrates simple access to the profession of an attorney.

So, the most probable effect of the foregoing is raising of client’s requirements to litigation counsels and demands to counsel’s reputation, because only attorney's certificate is no more the figure of merit. Experience, reputation and brand are more than important in this case.

2. Implementation of the e-court system.

The gist of the e-court system implementation is to simplify the trial procedure, to optimize the parties' work on the case and even to speed up decision-holding with regard to the case.

The newly adopted procedural codes have declared the implementation of the e-court system allowing to exchange procedural documents among the parties and the court, as well as to record the trial process and to participate in the trial via video-conference mode.

Filing of e-lawsuits or other procedural documents in the electronic form, participating in the trial via video conference mode as well as video-recording of the court hearings are not something new for Ukrainian justice.

For example, the first lawsuit in the electronic form was filed in 2015, which means long before the adoption of the new procedural codes. However, filing the procedural documents with e-signature was allowed much earlier, but lawyers just didn’t use such opportunity for a long time.

Thus, the main value of the e-court system implementing is to unify and simplify document circulation and interaction of the parties with the court by creating one software system, which will include all necessary functions for e-trial.

2018 was the first year of activity for the Supreme Court (the highest court in the judicial system of Ukraine), which was created in the frame of Ukrainian system of justice reform. In autumn we also saw the reboot of appeal courts.

At the same time, the reform of justice was not finished in 2018. The following steps include the completion of the newly updated courts, as well as the creation of the new ones, such as the High Court of Intellectual Property and the High Anti-Corruption Court.

The main function of the High Anti-Corruption Court will execute justice in criminal proceedings concerning corruption-related offences, money laundering, filing the declaration by the public officials, which includes unreliable information about the available assets or profit, etc.

4. Development of legal-tech in litigation.

Recently there has been a lot of conversation about legal-tech and possible disappearance of the legal profession. In truth, it is highly unlikely that in 2019 computers will replace lawyers, and litigation will become completely automated. Moreover, it is unlikely that such a future awaits Ukraine's judicial practice in the next 5 years.

At the same time, today Ukrainian litigators are actively using various applications and software simplifying and optimizing their performance. Firstly, we mean the applications able to update in an online mode the information about the status of a particular court case, the appointment of meetings or the appearance of procedural decisions held by the court.

That is not a surprise that recently a few Ukrainian insurance companies have actively been using special software drafting a standard package of documents for starting an action. This software is able to pick out the relevant information about an insurance event and include it into the standard draft of a lawsuit or any other procedural document. As a result, lawyers spend much less time for starting an action or other standard documents preparations.

Another hot-button issue is the development of software able to construct and depict complex structures of related court cases as well as software providing forecasts for the trial's outcome with taking into account the controversial situation, the parties and the personality of the judge.

However, all software solutions have an ancillary character in lawyer's performance that may be useful, but not capable of replacing legal fraternity completely.

Predicting certain events, we should not forget about the so-called "black swan" events, meaning almost unpredictable events, which can lead to significant consequences and completely reverse the trends of litigation practice.

Such events in Ukraine may include presidential and parliamentary elections, the cancellation of the land sale ban (which was prolonged until 2020) or any geopolitical changes in the eastern or southern Ukraine, etc.

Anyway, we will be able to analyze all changes and expectations fulfillment only upon completion of the year.