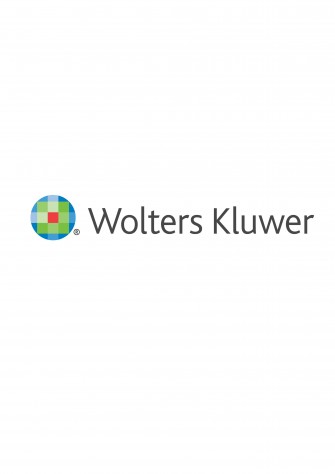 On 21 January 2021, the Ukrainian Supreme Court (Supreme Court) annulled one of the highest fines of the Antimonopoly Committee of Ukraine (AMC) for gun-jumping. The judgement upheld the lower courts’ decisions, which in turn quashed the AMC’s 2019 decision to impose approx. EUR 1.9 million on a Ukrainian group subsidiary for the acquisition of a local metallurgical plant.

Apart from being a rare judicial precedent on possible risks associated with gun-jumping in Ukraine, the judgement is interesting in a number of ways. First, it is probably the first decision almost exclusively dedicated to the concept of ‘undertaking’ and its interpretation for imposing fines. Second, the ruling deviates from the past case law on the AMC’s fining guidelines and their self-binding effect. Finally, it teaches the AMC a painful lesson when its ‘excusable error’ defense may be rejected by the courts as wrong and irrelevant.

Group-Wide Turnover as a Basis for the Fine

On 25 April 2019, the AMC imposed a record fine on the Ukrainian-based DCH group for the acquisition of a Ukrainian metallurgical plant without prior merger clearance. Notably, the fine was addressed to the immediate acquirer of the plant but was calculated based on the total turnover of the group, which the acquirer belongs to. Siding with the lower courts, the Supreme Court concluded that the AMC erred in law by applying the group-wide turnover in this case.

It started its reasoning by acknowledging that the Ukrainian competition law allows calculating the fine based on the total turnover of the group, which constitutes an undertaking. Yet, this is applicable to cases where such an undertaking consists of several entities all of whom contributed to unlawful practice. Moreover, according to the principle of personal responsibility, in such cases, the AMC is expected to establish the personal involvement of such entities in the unlawful conduct or show the benefits accrued to them.

Then the Supreme Court put the above rules into context and added that the decision of the AMC did not discuss any involvement of the parent company of the acquirer or any of its subsidiaries (other than the acquirer) in the gun-jumping. Instead, the AMC confirmed (both in its decision and statement of defence) that it is the acquirer – a party to the share purchase agreement – who committed the infringement.

The AMC was consistently criticized for the lack of transparency inherent to the method of setting fines. In response to this criticism, it published the fining guidelines in 2015 and has revised them a couple of times since then. Despite publishing the guidelines, the AMC does not discuss their application in the decisions, which does not make the fining process clearer and is often contested by the parties in courts. The courts would typically reject such complaints arguing that the guidelines are non-binding and should not be considered by them. The currents decision, however, presents a change in the courts’ approach. Instead of simply brushing the guidelines off, the lower courts and the Supreme Court explained that their application by the AMC was incorrect.

In particular, under the guidelines, the AMC may adjust the fine for aggravating / attenuating circumstances and other factors. So, the AMC increased the amount of the fine imposed on the acquirer for repeated infringement. In particular, in 2017, the AMC imposed a fine on another subsidiary of the DCH group for similar conduct. Yet again, applying the restrictive interpretation of the notion of ‘undertaking’ the Supreme Court concluded that adjustment of the fine in this case, with reference to aggravating circumstances, was unfounded. According to the Supreme Court, the fact that another subsidiary of the DCH group infringed the Ukrainian merger control rules during the same year does not mean that this infringement could have been attributed by the AMC to the DCH group and, consequently, the acquirer of the metallurgical plant.

Interestingly, the AMC tried to push back arguing that its fining guidelines are not binding and the courts should ignore them. The Supreme Court disagreed explaining that the fact that the AMC itself relied on the fining guidelines is apparent from its statement of defence and absence of any adjustment mechanism for the amount of the fine in the hard law (aggravating and mitigating factors are only mentioned in the guidelines). So, in the interest of complete examination of facts and sound judgement, the courts could not ignore the guidelines and their application by the AMC.

The Ukrainian Competition law expressly says that the fine should be based on the turnover for the year immediately preceding the year when the fine is imposed. In this case, the fine was imposed in 2019, so the AMC should have used the 2018 figures. Yet, the decision only mentions the group-wide turnover for 2017 as a basis of the fine.

The AMC explained that this was a technical error. In reality, it calculated the fine on the basis of the 9 months of 2018 group-wide turnover. In this respect, the AMC added that the courts should have abstained from annulling the decision entirely, as the law says that procedural errors should not result in annulment of the AMC decision unless these errors led to an incorrect decision. The Supreme Court rejected this argument, as the AMC did not make a ‘non-decisive procedural error’.

Regardless of the year referenced in the decision, the AMC applied the group-wide turnover, which was a decisive error. This error could have been avoided had the AMC relied on a different provision in the law. Namely, the AMC should have taken into account the argument of the infringer that it is a new SPV formed for the purpose of the transaction that simply manages corporate rights of controlled entities and has no turnover from the sale of goods or provision of services. Under these circumstances, in the absence of the information on the acquirer’s turnover, the law instructs the AMC to impose a nominal fine of just around EUR 6,000. So, the AMC’s error let to an obviously different outcome and cannot be treated as non-decisive.

In the judgment, the Supreme Court made it clear that the notion of ‘undertaking’ for the purpose of fines is not synonymous with the notion of ‘undertaking’ in its wider meaning of ‘single economic unit’. In other words, while calculating the fine, the AMC cannot simply take the total turnover of all entities connected to the infringer by control relations, like it does to check if the financial merger thresholds are triggered.

The AMC should start from determining what the ‘undertaking’ consists of, i.e. it should identify within the undertaking the entities that are to be held responsible for the unlawful conduct and should be the addressees of the fining decision. These are entities that are themselves directly involved in the conduct and the legal entity that benefited from such conduct. From a technical perspective, this does not seem to be a heavy burden on the AMC, as the law defines ‘benefits’ from unlawful conduct as, in particular, ‘ability to influence the activities of other legal entities, to obtain part of their profits.’ This seems to suggest that, in similar cases, to catch the group-wide turnover, the AMC may well address the fine to the ultimate parent of the direct acquirer even if the parent does not take part in the transaction. Indeed, the AMC may explain this merely by the ability of the parent company to indirectly influence the activities of the target and obtain their profits.

Relatedly, the AMC has published recently draft amendments to the law that, among others, allow addressing the fine to the parent based on the argument that the parent has decisive influence over the direct infringer. In such cases, the parents and their subsidiaries (direct acquirers) will be jointly and severally liable for payment of the fine. This amendment seeks to bring the Ukrainian laws closer to the EU acquis.