Trade investigations in Ukraine: Can business challenge the results in courts? 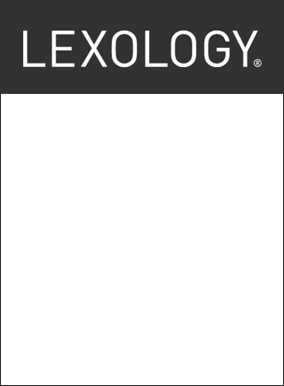 Ukraine as a WTO member has its own procedure for trade investigations (anti-dumping, countervailing, safeguard). The purpose of such investigations is to establish equal trading rules for Ukrainian and foreign companies.

Based on the results of trade investigations, a special state body - the Interdepartmental Commission on International Trade (ICIT) - makes a final decision to impose or not to impose trade remedies. Disagreeing companies have the right to challenge such a decision in Ukrainian courts.

Unfortunately, there is no specific set of rules for judicial review of the ICIT decisions, and applying standard rules creates certain challenges and uncertainties for business going against the ICIT.

Some of the key points for this type of litigations are as follows.

For the start it is important to file a claim on time.

Claims against ICIT’s final decision to impose a trade remedy shall be filed within 1 month from the date of the decision (provision of the Law on Foreign Economic Activities).

Other ICIT's decision (e.g. to begin investigation, to impose preliminary remedies, etc.) can be challenged to courts within 6 months from the moment a company became aware or should have become aware of the decision.

The recent caselaw demonstrates that judges prefer to consider cases against the ICIT through the simplified ex parte proceedings based on review of written submissions only, without open hearing and the parties present.

In theory, if the case is reviewed through a more expedient simplified proceedings, then court decision must be issued within 2-months. In practice, such cases are put on hold for unlimited amount of time.

If a company would like to have a possibility to receive and respond to various submissions made by the opponent, and to have a say in an open court, a company shall make request for general proceedings.

3. Requests for production of confidential documents

The distinctive feature of trade investigations is that the interested parties shall submit all documents to the investigating authority - Ukrainian Ministry of Economy (MEDT) - in confidential and non-confidential (edited) versions.

Only MEDT has an access to confidential documents, other parties to the investigation may rely on non-confidential versions only.

Data in confidential documents is the basis for calculation of trade duties, as well as the ICIT decision to impose trade remedy. Therefore, such documents shall be requested from MEDT and ICIT to ensure a full and objective consideration of the case in court.

Therefore, a party may request a closed court hearing without media or other members of general public being present, except for the participant to the proceedings.

Typically, a company challenging an ICIT’s decision will also file a motion for injunctive relief asking the court to temporarily suspend the challenged decisions.

However, the courts often deny such motions arguing that such requests per se overlap with the main claim to terminate ICIT’s decision.

Therefore, a motion for injunctive relief shall at least not duplicate in full or partially the content of the main claim.

Under the procedural rules, if special knowledge in the field of economics is required to decide a case, a court may appoint an expert examination and determine a list of questions for the expert.

Due to significant workload of court experts, the resolution of the cases can be delayed for up to 1 year. However, if expert confirms that calculations were not done by MEDT properly, this can be an important argument in favor of the plaintiff.

The court discretion to intervene and order certain type of specific performance by the ICIT is another debated topic.

Until the courts agree on unified approach, the plaintiffs, when challenging the ICIT’s decisions, prefer to demand in their lawsuits not only the termination of the decision, but also oblige the ICIT to make a new decision, for example, to impose / recalculate trade remedies.

On a final note …

The current court practice, as well as our experience of participating in disputes with ICIT, shows that challenging the ICIT decisions in essence requires that trade investigation procedure is repeated again in court. Therefore, for a business that wants to defend its share in the Ukrainian market, it is important not only to rely on rules of court norms of procedure, but also have deep understanding of trade investigations.