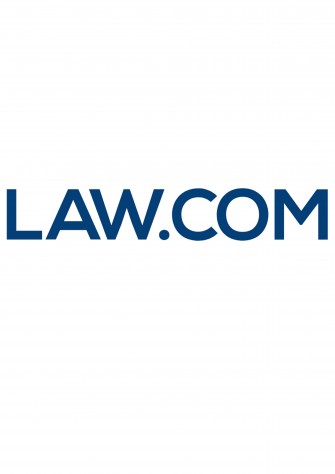 When Vladimir Putin first started talking about invading Ukraine, local law firms with offices in Russia shut their operations down.

When Russia invaded Ukraine a little over two weeks ago, local firms severed ties with Russian clients and called on foreign businesses and law firms to do the same.

Now, more than two weeks into Russia’s invasion, law firms have completely ceased their normal operations and are instead wielding their network of international business contacts to funnel military, logistic and financial resources into the country, as well as helping clients and civil society gather evidence of war damages and potential war crimes.

Reached by phone, Timur Bondaryev, founder and managing partner of the leading Ukrainian independent firm Arzinger, said some lawyers had taken up arms to protect their homes, while others were volunteering with charities or sheltering. Stressing that there was no difference between lawyers and the country’s population at large, he added: “It’s our country, we have to protect it. Therefore, everybody’s doing what he or she is best fitted for.”

Bondaryev fled the city’s capital after Russia’s invasion and spoke to Law.com International from Lviv, a city in Western Ukraine where the firm also has an office.

Since Russia’s invasion, many of the firm’s 80 lawyers had taken on the role of advocacy officers, he said.

“Our purpose now – since we do speak international languages – is just to explain what is happening,” Bondaryev said. “We send hundreds of emails every day [and] have dozens of calls with our colleagues, friends, various law firms, NGOs [and] charities all over the world who want to help Ukraine, Ukrainian refugees,” he said, adding that they were also pointing their international contacts to humanitarian aid initiatives and fundraising efforts.

Arzinger, along with a number of other law firms, has also started assisting public and private clients whose assets have been damaged or destroyed with future, international claims against Russia.

“We help them to collect evidence and we help them to compile their respective files for the future so that the information is not lost,” Bondaryev said, though he conceded it was not clear where and how Russia might be held liable for these damages.

Pointing out that bombings in the eastern part of Ukraine had left some cities with virtually no universities, nursery schools or airports, he said: “All this should be documented, even if now is not the time to talk about commercial stuff.”

Bondaryev said the firm relocated a large part of its staff to its office in Lviv, a city in western Ukraine close to the Polish border. The firm also gave support staff and lawyers advances on their salaries to boost morale and to cover the increased expenses of relocating or fleeing, he said. “We’re not talking about profits anymore,” he said. “It’s very important to keep people [afloat] and to help them somehow get used to the new reality.”

Asked how he was coping, he said: “We do our best to stand firm because we have to be an example to everybody.”

“The main thing which you lost is [your] sense of security. One week we had everything, and then we lost everything. And the most important thing is that we don’t know how long [this will] last,” Bondaryev said.

Asters, the country’s largest law firm, was one of the first Ukrainian outfits to drop its Russian clients.

The firm quickly decided to structure its support efforts along four key areas, each overseen by a partner. One task force is trying to secure ammunition and military equipment for the country’s army and civil defence forces, said Olesia Kryvetska, counsel at Asters.

“[We] are searching for what they need abroad because at some point in time there will be a scarcity in Ukraine of the things they need.” According to Kryvetska, “at least three” staff members had taken up arms.

Kryvetska relocated to Warsaw, Poland, with her six-year-old son after the invasion. Her husband, parents and sister chose to stay.

Another Asters task force is searching for and purchasing medicines as well providing help to medical institutions, she said.

“We have a strong pharmaceutical practice and partners in this practice are in touch with their clients, which are major pharmaceutical companies, [to] try to arrange the supply of medicines to civil society and hospitals in Ukraine”.

A third task force is raising funds for humanitarian aid efforts and providing logistic help to aid organisations, while a fourth task force is assisting with the relocation, evacuation and temporary settlement of refugees, Kryvetska said.

Early on in the invasion and together with international law specialists from other countries, Asters’ humanitarian law specialists also elaborated on guidelines for civil society, explaining how to collect robust evidence of damages for any future tribunal proceedings against Russian actors and breaking down the different kinds of war crimes.

She said that the response of the legal community to the invasion had been strong.

“We try to make use of all the channels we have at our disposal.”

Asked how she was coping, Kryvetska said that, like many others, she felt combative.

“Maybe after comprehending and realising everything [that has happened], everything will be much harder. But now, we are very mobilised,” she said. “It’s a new reality, but nobody is going to give up.”