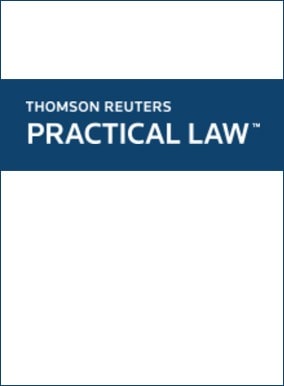 The Kiev Appellate Court has granted a petition for the recognition and enforcement of a London Court of International Arbitration (LCIA) final award, despite corruption allegations in respect of the underlying contract.

The main issue before the sole arbitrator acting under the LCIA Rules 2014 was the allegation of corruption and collusion in procurement of the contract between officers of state-owned UGV and privately-owned Moston. The arbitrator denied UGVs defence, finding the evidence insufficient to conclude that the supply contract was procured by corruption. However, he concluded that facts in the case might be subject for further investigation.

While Moston turned to the Ukrainian courts for recognition and enforcement of the LCIA final award, the Specialized Anti-Corruption Prosecutor's Office of Ukraine and the Anti-Monopoly Committee of Ukraine commenced respective investigations in respect of Moston's contractual arrangements with UGV and launched parallel litigation. However, the existence of these proceedings was not sufficient for the Ukrainian courts to suspend consideration of the proceedings for recognition and enforcement of the award.

During the recognition and enforcement proceedings, both the first and appellate instance courts addressed the core defence regarding the corruption allegations. Both held that the public policy defence under Article V of the New York Convention 1958 was not triggered by the mere fact of the existence of proceedings launched by anti-corruption authorities and was not a ground to refuse recognition and enforcement of the foreign arbitral award. This conclusion is to be tested by the Supreme Court, which already commenced cassation proceedings and suspended execution of the award.

This decision raises interesting points around the issue of corruption allegations before the Supreme Court, which will likely be answered soon. (Moston Properties Limited v PJSC Ukrgasvydobuvannya Case No 761/41709/17 (21 November 2018).)

(a) The duly authenticated original award or a duly certified copy thereof;

(b) The original agreement referred to in article II or a duly certified copy thereof.

2. If the said award or agreement is not made in an official language of the country in which the award is relied upon, the party applying for recognition and enforcement of the award shall produce a translation of these documents into such language. The translation shall be certified by an official or sworn translator or by a diplomatic or consular agent.

(a) The subject matter of the difference is not capable of settlement by arbitration under the law of that country; or

(b) The recognition or enforcement of the award would be contrary to the public policy of that country."

Article 35 of Law of Ukraine "On International Commercial Arbitration" provides: "Recognition and Enforcement of the Arbitral Award.

1. An arbitral award, irrespective of the country in which it was made, shall be recognized as binding and, upon application in writing to the competent court, shall be enforced subject to the provisions of this article and of Article 36.

On 29 May 2015, Moston won a public procurement contract with UGV and subsequently concluded a sales-purchase agreement (contract) for supplying a skid-mounted modular coiled tubing unit (SMU). The contract was valued at an estimated USD 5.84 million and provided that all disputes be determined by a sole arbitrator under the LCIA Rules 2014.

In 2015-2016, Moston supplied the agreed SMU under the contract, but UGV paid only half of the contractually agreed amount. Moston commenced arbitration proceedings and Dmitri Evseev, was appointed as the sole arbitrator.

On 22 September 2017, the sole arbitrator issued a final award in favor of Moston, obliging UGV to pay over USD 2 million, plus interest, and a part of Moston's arbitration costs. It has been reported that during the course of arbitral proceedings, UGV heavily relied on collusion defences and alleged that the contract was procured by corruption. However, the sole arbitrator dismissed this defence on a balance of probabilities due to a lack of credible and sufficient evidence before him. However, he concluded that these facts could be subjected to local regulatory investigations. The Specialized Anti-Corruption Prosecutor's Office of Ukraine and the Anti-Monopoly Committee of Ukraine (AMCU) and the National Anti-Corruption Bureau have both commenced such investigations.

On 15 November 2017, Moston petitioned the Shevchenkovskyi District Court in Kiev for recognition and enforcement of the final award. The petition was filed under the previous version of the Civil Procedure Code of Ukraine. Accordingly, the old procedural rules applied to the entire enforcement and recognition proceedings (the system envisaged three judicial instances (district, appellate and supreme court) instead of the current two (appellate and supreme court only).

On 14 December 2017, the Specialized Anti-Corruption Prosecutor's Office of Ukraine launched the contract annulment proceedings with the Kiev Commercial Court against Moston and UGV. The proceedings were commenced (case No 910/22646/17), but since Moston is non-resident in Ukraine, due to notification requirements under the Hague Convention the court suspended these proceedings several times. The first instance court hearings are scheduled for Spring 2019.

On 5 April 2018, the Shevchenkovskyi District Court in Kiev granted the petition for the recognition and enforcement of the award in favour of Moston and obliged UGV to pay the outstanding debt. UGV appealed to the Kiev Appellate Court and requested suspension of the recognition and enforcement proceedings until consideration of the case No 910/22646/17 (the contract annulment proceedings). In its appeal, UGV relied on various procedural grounds including:

• Lack of authority of Moston's representative.

• Lack of competence of the LCIA tribunal since the parties did not conclude an arbitration agreement in a separate document.

• The contract, which was subject to the LCIA arbitration, was incompatible with the public policy of Ukraine, because its sole target was to procure public funds.

• Moston had changed the dispositive part of the award by calculating the amount of interest to be collected and failed to comply with formal requirements imposed by applicable regulations to the recognition and enforcement petition.

Moston objected to all the arguments raised.

By court rulings dated 31 May 2018 and 13 June 2018, the Kiev Appellate Court upheld UGV's motion for suspension of proceedings. Moston appealed to the Supreme Court.

On 25 July 2018, the Supreme Court annulled the court ruling dated 31 May 2018, granting a suspension of recognition and enforcement proceedings, concluding that under the previous version of the Civil Procedure Code of Ukraine, the only ground for suspension of the recognition and enforcement proceedings in Ukraine is setting aside proceedings of such award by a competent court. The Supreme Court remanded the case to the appellate court.

On 30 August 2018, the AMCU issued a decision against Moston, finding it in breach of Ukrainian competition laws by engaging in anti-competitive concerted actions by concluding the contract. Moston filed for an annulment of this decision to the Kiev Commercial Court.

On 21 November 2018, the Kiev Appellate Court upheld the Shevchenkovskyi District Court's ruling and granted the recognition and enforcement petition in favor of Moston. UGV appealed this decision and requested suspension of execution.

The court established that the provisions of the New York Convention should govern the case, while provisions of the procedural law and the Law of Ukraine "On International Commercial Arbitration" should also be taken into consideration. The court reaffirmed the long-standing position of the Ukrainian superior court, that Ukraine generally recognises and enforces foreign arbitral awards under rules of international law implemented into the national legislation, without engaging in a review of the substance of an award (see Resolution of the Supreme Court of Ukraine dated 24 December 1999 No 12 "On practice of consideration of petitions on recognition and enforcement decisions of foreign courts and arbitral tribunals and on setting aside of awards, rendered by international commercial arbitral tribunals in Ukraine").

Having analysed the provisions of Article IV of the New York Convention, Article 35 of the Law of Ukraine " On International Commercial Arbitration" and Article 476(4) of the old version of the Civil Procedure Code of Ukraine, the court concluded that Moston's petition complied with all required formal requirements since Moston provided:

• A duly certified copy of the arbitration award.

• A duly certified copy of the arbitration agreement.

• Copies of documents, which authenticated authority of representatives with respective translations.

It is notable that Moston provided a translation of the LCIA final award into the Ukrainian language, and a translation of the arbitral agreement and documents, which authenticated authority of representatives, into the Russian language. Since 15 December 2017, because of the amendments to Article 476 (4) of the Civil Procedure Code of Ukraine, and Article 35 of the Law of Ukraine "On International Commercial Arbitration" all translations must be provided in Ukrainian language. However, the previous version allowed translation into Russian language also. UGV relied on this discrepancy between the old and new version of the laws. The appellate court denied UGV's argument, concluding that Moston had filed its petition, when the old version was applicable, that is, at the time of submission its petition complied with all formal requirements.

The appellate court also established that UGV failed to prove that Moston's representative did not have sufficient authority. The court found that a copy of the attorney-client agreement for legal services mandating an attorney to represent Moston before Ukrainian courts was sufficient evidence.

The central issue for the appellate court was the public policy defence. UGV claimed that the contract, did not correspond to public policy of Ukraine because its sole target was to procure public funds.

"public policy as a legal order of a state, foundations and ground, which form the basis of its existent relations (relate to its independence, unity, self-governance and integrity, including basic constitutional rights, freedoms, guarantees, etc.). [In the court's opinion] international public policy of any state includes fundamental principles and foundations of justice, morality, which the state wishes to protect even when there is no direct connection to the state; rules, which ensure functioning of fundamental political, social, and economic interests of the state (rules of public policy); an obligation of the state to comply with its obligations towards other states and international organizations. These are the constant principles, which express stability of the international system: including state's sovereignty, noninterference into the states internal affairs and territorial integrity, etc."

The court also found that public policy serves to protect the state from foreign arbitral decisions, which violate fundamental principles of fairness and justice. The court opined that these provisions were created to impose a legal barrier against rendering decisions which are against core procedural and material legal principles, which form public and state order. This defence also serves as a shield to prevent recognition and enforcement of an award connected with corruption or unacceptable ignorance of an arbitrator. It further concluded and inferred that the sole arbitrator did not apply any provision, which would contradict Ukrainian public policy and accordingly denied UGV's defence.

On the remaining defences as to the awarded interest, the appellate court agreed with the first instance court and ruled that the court should recognise and enforce the dispositive part of the arbitral decision as it was written by the arbitral tribunal. For this reason, if the dispositive part of the award provides for collection of interest until the day of full payment, it should be respectively enforced.

This decision raises interesting and debatable issues regarding corruption allegations before the Supreme Court, which are to be answered soon.

First, the Supreme Court will have to address whether to take a second look into the findings of the arbitral tribunal regarding the corruption allegations. In this respect the Supreme Court will have to draw a line between public policy, on the one hand, and the principle of non-interference into substantive findings of the arbitral tribunal (the merits of the award), on the other.

Third, the appellate court failed to address the relevance of the AMCU conclusion on the contract's anti-competitive nature. It will be interesting to observe whether this defence would have any effect on application of the New York Convention.

Reproduced from Practical Law Arbitration with the permission of the publishers. For further information visit www.practicallaw.com.