Future of Production Sharing Agreements in Ukraine: Expectations vs. Reality 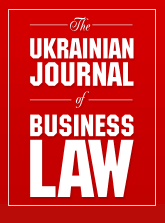 According to a production sharing agreement, one party, Ukraine (the State), appoints the other party, the investor, to prospect for, explore and extract mineral resources in designated subsoil area(s) and to perform the agreement-related works for a specified period of time, while the investor undertakes to perform the assigned works at its own cost and risk, with further compensation for the costs and receipt of payment (remuneration) in the form of a portion of the profit from production. Such definition of production sharing agreements is provided for in the Law of Ukraine On Production Sharing Agreements (the PSA Law).

The PSA Law was adopted by Parliament back in 1999, but it has been barely used by the State and investors. So far, only four PSAs have been concluded for natural gas projects in Ukraine, and the production of hydrocarbons in subsoil areas has never begun. Vanco, Exxon Mobile, and Eni lost projects due to the annexation of Crimea, Shell withdrew from a project due to the military conflict in eastern Ukraine, while Chevron decided to pull out for other reasons.

Ukraine has in recent years made significant progress in implementing its ambitious economic reform program. After a sharp decline of the Ukrainian economy in 2014-2015, the first signs of improvement were seen in 2016 and 2017. Energy independence is a priority for the Government and it may be achieved by domestic gas production so as to reduce its dependence on natural gas imports.

However, the recent crisis in the oil and gas industry worldwide of the last few years has significantly limited the opportunities and appetites of big players. As a result, large companies have cut costs and investments, especially in new risky projects, which include entry into the Ukrainian market.

As exploration and production business requires major capital investments and state-of-the-art equipment and technology, one of the biggest challenges is the ability to attract foreign investors.

The PSA Law provides standard investor protection provisions such as: (1) stabilization clause – no future changes of law will apply to investors (other than legislative changes relating to matters of defense, national security, public order, and environmental protection); (2) fiscal stability – no tax increases will apply to investors; (3) international arbitration – as a dispute resolution mechanism; (4) investors participating in PSAs are not subject to currency restrictions such as time limits for settling export-import transactions.

Under a PSA, investors and the Government may also negotiate a provision, under which the State waives its immunity. This means that the State can be subject to judgements awarded by foreign courts and international arbitral tribunals in relation to matters arising out of a PSA.

At the end of 2018, Ukraine made an announcement regarding the launch of licensing rounds for concession licenses via online auctions and PSAs via tenders. This was aimed at attracting investment in the Ukrainian oil and gas sector which is, in the main, predominantly represented by domestic players at present.

The Ukrainian authorities have recently done a lot to change the regulatory and investment environment in the field of gas production: a special stabilization clause regarding the fixing of stimulating rents has been elaborated for the period from 1 January 2018 to 1 January 2023, the fiscal regime has been improved, and the permit system been simplified.

In December 2018, the Government announced its plans to hold twelve tenders for PSAs covering 15,200 sq. kilometers in total. The Interagency Commission on PSAs approved the terms for nine tenders in February 2019 and three tenders in July 2019. Nine onshore PSAs were announced for the Balakliya, Berestyansk, Buzivska, Varvynska, Zinkivska, Ivanivska, Rusanivska, Sofiyivska and Uhnivska subsoil areas. In April, the Government opened a public tender for the Dolphin offshore block under a PSA, covering a total area of 9,496 sq. kilometers of the northwestern part of the continental shelf of the Black Sea.

Bidders were required to submit their bids for onshore blocks by 28 May 2019. After the winner is approved, it will have one year to negotiate and conclude the PSA with a possibility of additional extension for six months, and the PSAs will be concluded for 50 years. Legal entities (either Ukrainian or foreign), individuals and consortiums were all eligible for participation in the tenders.

In summer, the Government announced three more PSA tenders, and in October, it prolonged the deadline for the submission of bids until 4 February 2020. These three PSA tenders cover blocks with a total area of 3,800 sq. kilometers: Hrunivksa (Sumy and Poltava Regions), Ichnyanska (Chernihiv Region) and Okhtyrska (Sumy, Poltava and Kharkiv Regions) subsoil areas.

When the PSA tenders were launched the question was whether these tenders could attract reputable foreign oil and gas companies.

Fourteen companies have applied for the nine PSA tenders, including joint consortia of Ukrainian and foreign companies.

On 1 July 2019, the PSA Interagency Commission acting under the Ministry of Energy announced its recommendations for winners of these PSA tenders, and without delay on 5 July the Cabinet of Ministers of Ukraine approved seven companies as winners: UGV (UkrGazVydovuvannya), a 100% subsidiary of JSC Naftogaz of Ukraine, full owned by the Government of Ukraine, received two blocks (Buzivska, Betestianska). Additionally, UGV won two blocks in consortium with Vermilion Energy, Calgary, Canada (Balakliyska, Ivankivska). American Aspect Energy/SigmaBleyzer (Denver, Colorado & Houston, Texas), won the tender for the Varvynska block. Four Ukrainian producers – Geo Alliance, UkrNaftoBurinnya, DTEK, and ZakhidNadraServis – won the tenders for the Sophiyivska, Rusanivska, Zinkivska, and Uhnivska blocks.

On 19 July 2019, one of the participants of the PSA tender for Zinkivska block, UkrNaftoBurinnya, filed a lawsuit with the District Administrative Court against the Government, the Ministry of Energy, and the PSA Interagency Commission seeking invalidation of the Government's Resolution No. 507-r dated 5 July 2019 as it approved the winner of the tender for the Zinkivska subsoil area. UkrNaftoBurinnya also demanded that the Ministry of Energy be forced to reconsider the applications of bidders for Zinkivska subsoil area.

The main complaint by UkrNaftoBurinnya was that the winners' application for the Zinkivska subsoil area was submitted by affiliates of DTEK, which are not adequately experienced, and that the information provided on technical and financial capabilities must relate to the bidders companies themselves, and not their shareholders.

The District Administrative Court declared unlawful and canceled para 3 of the Government's Resolution No. 507-r dated 5 July 2019. The other winners of the PSA tenders are concerned by this court decision as six winners out of nine were newly-established companies. While companies refrain from making any official statements, they are actively discussing the court decision and not hiding the fact that it can affect their investment plans under the PSA.

In April 2019, the Government announced a PSA tender for the development of hydrocarbons within the Dolphin section on the Black Sea shelfSeveral companies took part in the tender, in particular Trident Resources, a company listed on the London Stock Exchange, UkrNaftoBurinnya, and Frontera Resources, a Texas-based company focused on Georgia and Moldova. Caspian Drilling, a unit of Azerbaijan’s SOCAR, also filed a bid but later withdrew it. On 26 July, Ilya Ponomarev, CEO and a shareholder of American Trident Acquisitions Corp., announced that the Interagency commission under the Ministry of Energy and Coal recognized Trident Resources as the tender winner.

Ukrainian Prime Minister Volodymyr Groysman suggested on 27 July that the Government might re-run the tender as it failed to attract any major international oil and gas companies. He stated that the results show that the tender was not competitive enough and did not live up to expectations regarding the arrival to the Ukrainian market of players from the world’s top league of gas producers.

Frontera Resources filed a lawsuit against the PSA Interagency Commission and the Ministry of Energy claiming gross violation of the tender rules.

On 11 September 2019, the Government passed a resolution cancelling the tender on the Dolphin Block justifying it by inconsistency with the best practice of the European Union and Directive 94/22/EC of the European Parliament and of the Council of 30 May 1994 on the conditions for granting and using authorizations for the prospection, exploration and production of hydrocarbons.

Conclusion of PSAs with the winners

All the PSA tender winners have already submitted their draft PSAs to the Cabinet of Ministers on time. Now the Interagency Commission must review the drafts and negotiate their finalization. The current problem is that the relevant state bodies do not have sufficient number of qualified specialists who negotiate PSAs with the investors.

Based on executed to date PSAs negotiation of PSA is quite time-consuming, e.g., approval and signing of the legendary Yuzivska block PSA with Shell took more than a year. Moreover, as permits from local communities are required, investors are not agreeing to significantly fund a project before all the relevant permits are in place.

To expedite the process, the officials came up with an idea to draft a model PSA. According to  USAID, the key benefits of the Model PSA are (i) availability of the base for negotiation between Ukraine and investors; (ii) increased transparency; and (iii) protection of the interests of Ukraine with the pre-agreed provisions. The major advantage is that the investors can have determined legitimate expectations. On the other hand, the Model PSA does not comply with the current PSA Law, while each tender area is quite unique and requires different provisions to be applied in the PSA for exploration and production. Another option under discussion is not to use the Model PSA but to define the mandatory structure and clauses of the PSA.

The cumbersome PSA requires more transparent legislation for its conclusion. Lawmakers have started discussions on problematic aspects of the PSA Law. In particular, bidders are not satisfied with the deadline for submitting tender bids. Currently, the Cabinet of Ministers sets the time limit of 2 (for offshore areas) and 3 (for onshore areas) months for submission, which is not enough considering the number of documents to be prepared and the fact that for some particular tenders the bidders need to receive the hard copies of primary geological documents from state archives. Additionally, the criteria and procedure for evaluating the entries of the bidders are not clearly defined.

The PSA tenders conducted this year are viewed by the experts as an important development to increase the production of Ukrainian natural gas, gaining energy independence, and attracting investment into the sector. Such actions by the Government were long-awaited. As one of the forms of cooperation in the oil and gas industry, PSAs have attracted at least two international players. Namely, Canada's Vermilion Energy (in consortium with Ukraine's UGV) and US-based Aspect Energy. However, the largest oil and gas companies still stay on the sidelines of the recent investment opportunities in Ukraine.

Now the Ukrainian authorities shall demonstrate tender winners and potential investors that they perform their part in full and on time, even if they face lack of qualified specialists. In order to show its good intentions the Government as a next step may initiate the amendments to the PSA Law to improve a PSA tender process to guarantee more transparency.