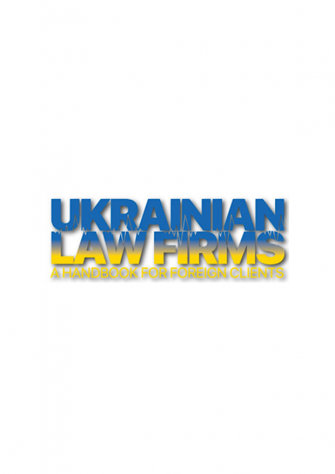 The ongoing military aggression of russia against Ukraine triggered the introduction of legal mechanisms to freeze, prosecute and seize business assets linked to the aggressor state.

The Ukrainian government and law-enforcement agencies are working to identify assets of russia and persons linked to it. The aim of the government is to prevent russia from benefiting from such assets, incentivize responsible businesses to leave russia, and potentially use assets for the purpose of compensation of the damages inflicted by russia’s full-scale invasion.

It goes without saying that such endeavor has enormous complexity both from legal and practical points of view. Recent practice shows that application of such legal mechanisms may also pose a risk to legitimate businesses operating in Ukraine due to number of factors. In this material we highlight the most important legislative changes and mechanisms introduced.

On 24 May 2022, the Law of Ukraine No. 1644-VII On Sanctions (‘the General Sanctions Law’) was amended to include a new special economic restrictive measure in a form of seizure of assets in favor of the Ukrainian state. This sanction can be imposed during martial law via special court procedure, with blocking of assets (applied to relevant legal entity or individual) being a pre-condition for its initiation. The blocking of assets sanction was also expanded to cover not only assets being owned directly, but also those over which the relevant person can exercise, directly or indirectly, real control (via other legal entity or physical person).

Triggers that may invoke a sanction in the form of seizure of assets in favor of the Ukrainian state (without compensation) include long list of ways to cause serious damage to the national security, sovereignty or territorial integrity of Ukraine as well as various forms of financial involvement in the strengthening of russia’s financial position, e.g.:

Broad interpretation of the General Sanctions Law may lead to application of sanctions to the entities and international groups having operating business and paying taxes in russia.

There are several aspects of the above provisions that haven’t been tested in practice yet. Depending on application in practice sanctions may extend to businesses that have either distant or previous cooperation with russia. As an example, it is unclear whether the thresholds are established for each company of the group that pays taxes in russia or will be calculated cumulatively; or from which date the periods of taxes payment will be calculated. The law doesn’t clarify if material and ongoing decreases in operations in russia may serve as an exception for the sanction to be applied.

On 3 March 2022, the Parliament of Ukraine adopted the Law On the Main Principles for the Forced Seizure in Ukraine of Objects of Property Rights of the Russian Federation and its Residents, which became effective on 7 March 2022 (Forced Seizure Law).

This Law establishes the procedure for the forced seizure in case of public needs, of property of the russian federation in Ukraine, as well as assets of the legal entities, the shareholder or beneficiary of which is the aggressor state (directly or indirectly) or such state has a share in such entities in any form.

The respective decision is taken by the National Security and Defense Council of Ukraine based on a draft proposal from the Cabinet of Ministers of Ukraine. To become effective such decision shall be enacted by Decree of the President. In case of completion or cancelation of martial law, it will require approval of Parliament (via adoption of a law) within six months.

The above provisions were already tested in practice with respect to banks controlled by russia.

In April 2022, Parliament adopted changes to the Forced Seizure Law to broaden the list of persons subjects to its provisions, by adding to such list, among others, russian citizens as well as individuals having close ties with russia (including via place of living or conduct of main activities).  These amendments have not entered in force yet.

3. New Articles of the Criminal Code of Ukraine and Possible Threats to Businesses

On 3 March 2022, the Parliament of Ukraine also adopted new articles of the Criminal Code of Ukraine (CCU) criminalizing certain forms of cooperation involving russia, its armed forces, paramilitary formations, or occupational administrations on the territory of Ukraine.

There are two key provisions with relation to business activities:

While the main aim of such amendments is believed to be targeting collaboration with (including payments to) russian occupation authorities on occupied territories, their broad wording may result in attempts to cover any economic activity with any economic agents of russia.

As a matter of practice, there are cases where continuing business cooperation with russian assets of the international group were viewed as ground to initiate investigation under the above articles.

Despite new sanctions and other mechanisms already in place or to be introduced in the future, in practice, the main tool used to freeze assets related (or allegedly related) to russia are criminal proceedings. Over recent months hundreds of criminal cases were initiated based on various types of a russian trace in their economic activity. Such criminal proceedings sometimes rely on the above new provisions of the CCU, but also on other crimes (like treason) or even “classical” ones as tax evasion and/or money laundering.

The most common measure within such criminal proceedings is freezing of corporate rights/shares, other assets, which is subsequently followed by transfer of the seized property to the Asset Recovery and Management Agency.

One of the reasons for Ukrainian authorities leaning towards criminal investigation may be that new mechanisms often lack clarity in application, require more time and efforts, while the instruments available within criminal proceedings are more common and easier to apply.

The problem of applying any of the above measures to businesses without thorough analysis of background remains. This puts a lot of businesses whose ties with russia are in the past under risk. Further, the law fails to address the situation when businesses are co-owned by more than one beneficiary and some of them are persons not related to russia.