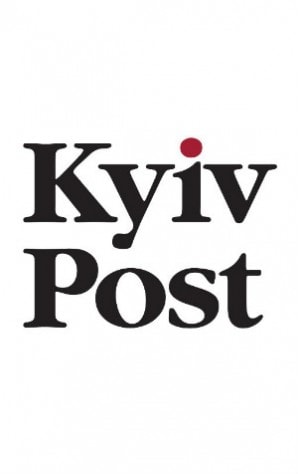 These days, it can seem like each new law that Ukraine plans to adopt, or each new international legal framework it’s about to join, is described as ground-breaking or a milestone.

But despite that cliché, the new legal conditions coming into effect in Ukraine throughout the next couple of years are indeed significant, as they could help the country recover an estimated $40–50 billion in lost tax revenues per year.

And legal experts here say that such changes, which cover Ukrainian tax planning strategies, especially in relation to challenges posed by tax base erosion and profit shifting, will eventually have a significant effect on the country’s collective purse — even if they cause an inconvenience to the super-rich.

On the other hand, however, legal experts say the new tax laws could also remove the threat of double taxation, while greatly improving transparency in the financial and banking sectors and boosting the confidence of potential investors, as well as that of multinational institutions and Ukraine’s international partners.

Lawyers and analysts say that Ukraine is taking significant strides in incorporating the key standards of the Base Erosion and Profit Shifting project, or BEPS, into its national tax legislation, as it seeks to harmonize its regulatory frameworks and join international tax cooperation initiatives.

With the country’s new currency liberalization law now coming into effect, the Ukrainian parliament has also drafted a bill that, on its approval, should see the country adopt BEPS project standards. That would align the country's legislation with international norms, where international tax evasion and avoidance has become much less acceptable in recent years.

"Previously and historically, everyone wanted to hide their incomes or their assets around the world," Alexey Khomyakov, a tax affairs expert and partner at the Asters law firm in Kyiv, told Kyiv Post in an interview. He said that wealthy people from countries such as Russia and Ukraine had acquired a particular reputation for this, due to high profile cases that grabbed headlines.

Khomyakov says that the BEPS project and common reporting standards, or CRS, for taxation probably won’t be properly implemented until after 2020.

But his firm is already helping clients to get their affairs in order and understand what cross-border transactions or arrangements will be taxable — and where — under the new regime. He also needs to protect clients from the troublesome prospect of double taxation.

"There were no international… bilateral or multilateral treaties that required people to disclose their assets in every jurisdiction — this allowed many individuals to hide their capital, black or grey (assets), or hide their employment in other countries," he said.

There’s a base of optimism among such legal experts who say that the next couple of years of implementing BEPS and CRS are critical for making progress in this area, even if some are also anxious that corrupted lawmakers or politicians with vested interests could create bumps along the road.

Tackling pocket banks, and other banks that shroud their customers' assets in secrecy also remains a challenge, but new laws and reporting standards rooted in BEPS principles aim to make everything more open.

"It was like a fortress before," Khomyakov said of Ukrainian banking secrecy, adding that this came from a combination of post-Soviet mentality and banking regulations that were modelled on German or Swiss banking secrecy rules.

"But this fortress is finally being broken, even if there are a number of tricky practical questions remaining."

Historically, Ukrainian banks and the financial sector have treated banking secrecy as something "very sacred" according to Khomyakov. But that’s set to change, with information sharing and disclosure standards across national borders set to be formalized, as Ukraine ratifies agreements on BEPS and CRS. 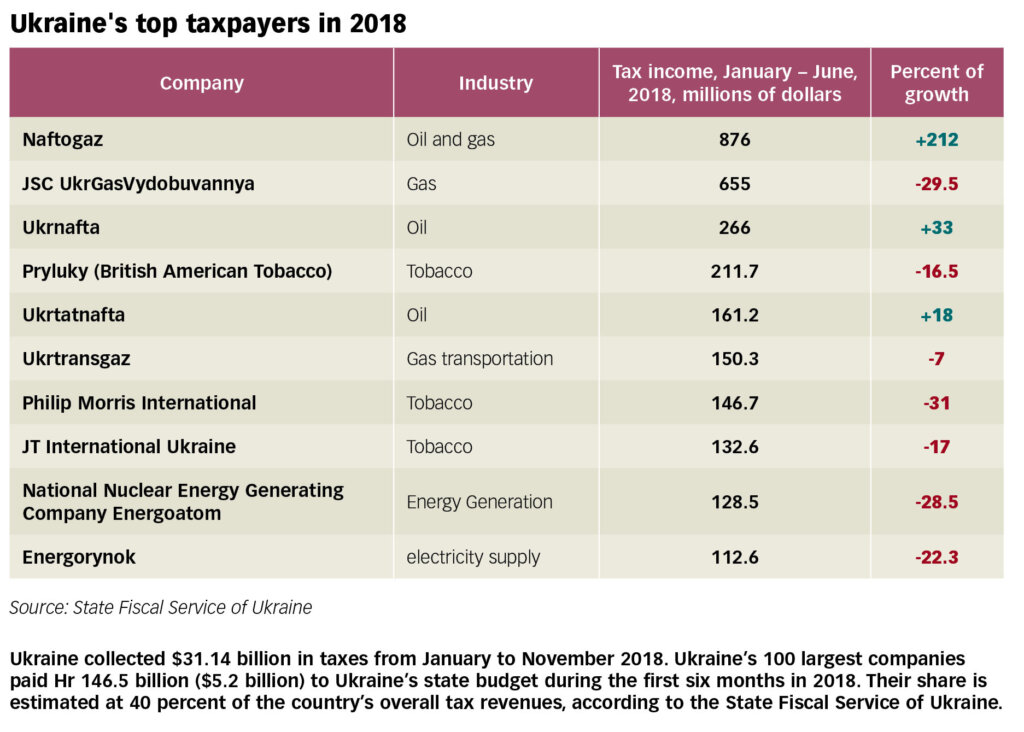 Jointly started in 2013 by the Organization for Economic Cooperation and Development, or OECD, and a coalition of G20 countries, the BEPS project is designed to tackle and reform tax planning strategies that allow companies and the wealthy to exploit loopholes, shift profits offshore, and ultimately avoid or evade tax.

As companies, business activities and people become ever-more mobile, the BEPS project uses a set of rules that are designed to empower governments with one simple capability: the ability to tax people and firms where their economic activity actually took place and where the value was created.

To make that possible, it also allows regulators and the banks to request and share information.

Ukraine is not alone in needing these tools. Every country is faced with their own problems when it comes to non-domicile businesspeople, and major corporations hiding assets and business activity in tax havens like the British Virgin Islands, the Caymans or Panama.

But for Ukraine, a country that has had its fair share of scandals, with high-net-worth individuals, oligarchs, politicians and even presidents accused of evading or avoiding tax, it could be seen as well past time to adopt firmer regulations on fair taxation.

It’s not just about tackling evasion and avoidance, however. Business people and investors considering projects in Ukraine have also been fearful about double taxation, and felt there weren't enough safeguards to prevent them being taxed in both Ukraine and another jurisdiction.

Viktoriya Fomenko, a partner and tax and customs expert with Integrites law firm, says that the country is already partly using BEPS and CRS.

"We’re on our way to improving the legislation… Ukraine joined the BEPS plan in 2017 and we took on the obligation to implement these minimum standards," Fomenko told the Kyiv Post. She added that the country had already implemented steps aimed at creating a fairer environment for investors.

As for when the standards and legislation will be fully implemented, that’s still a tricky question.

"Ukraine still has to amend its domestic laws to participate in the automatic exchange of information under the CRS," said Oleksandr Boboshko, director of KPMG Ukraine, a global tax and auditing company with a long track record here.

"Also, prior to the first exchange (of information) Ukraine has to meet all OECD requirements, including technical requirements, on processing of taxpayer data to be exchanged," he added.

"The first year it will become effective is 2020, the first reporting year is from 2019 — in theory," said Khomyakov.

"But in practice I think this is optimistic, because of the technical obstacles and because there are no specific regulations in place at the moment," he said, adding that procedures to properly identify where people are tax resident aren’t functional yet.

"The banks will have to go through either a manual process of reviewing all of their clients, or use software that doesn’t yet exist," said Khomyakov, adding that he thinks 2021 for the first reporting period and 2022 for implementation is more realistic. 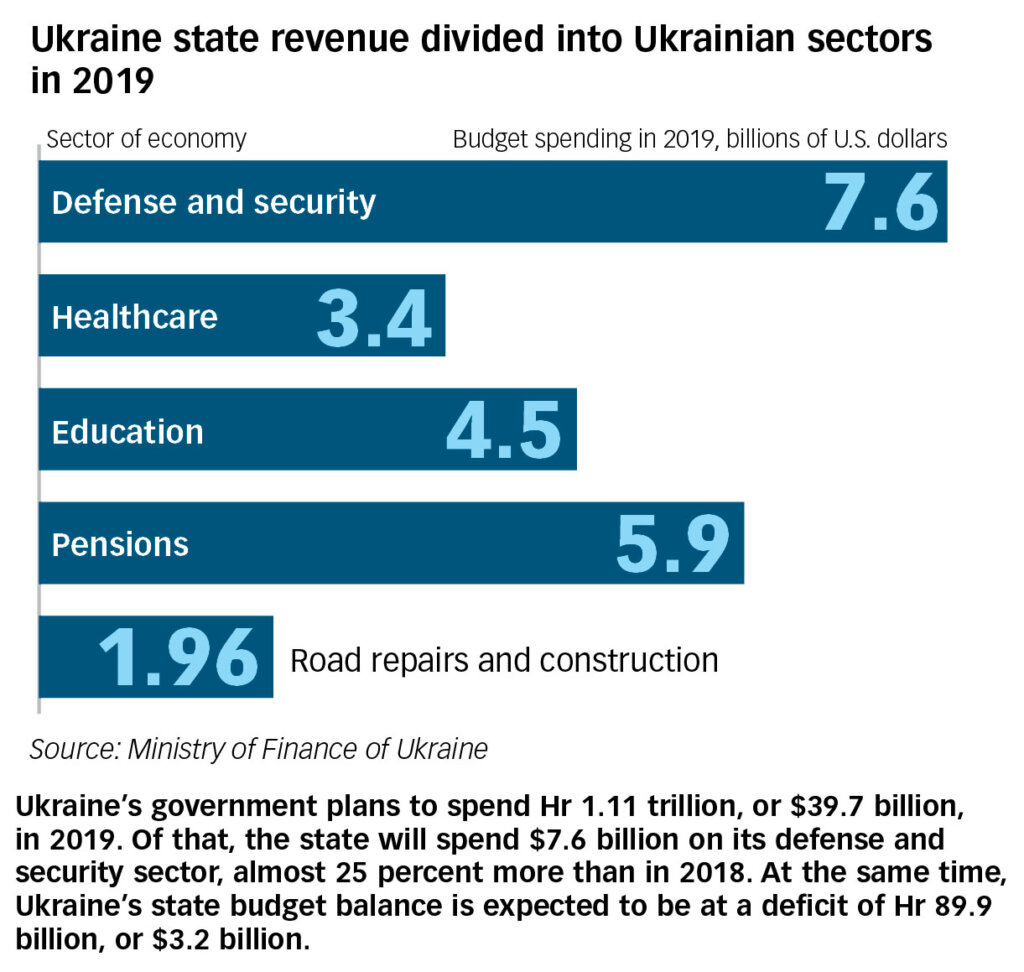 If Ukraine could properly close loopholes and tackle large-scale tax evasion, erosion and avoidance, which have significantly damaged its tax base, it could indeed be much wealthier.

"It’s difficult to say… but the loss to national wealth through the loss of potential tax revenue is something like $45–50 billion per year," says Khomyakov, a tax expert, who added that this amount is substantial considering that Ukraine struggles to raise $3 billion in refinancing from the IMF.

Khomyakov describes this loss to Ukraine’s collective wealth, equivalent to nearly a third of Ukraine’s current total gross domestic product, as a combination of evasion, avoidance and: "simply an outflow resulting from tax base erosion… inappropriate or aggressive tax planning practices."

Ukraine's Western partners, such as the European Union and international institutions like the World Bank and IMF, have been pushing for the country to align its standards and frameworks with theirs in order to get financial support.

"Ukraine is under pressure as to how its finance and banking system should work — it should be crystal clear and transparent," said Khomyakov. He said that up to now, Ukraine has been considered a financial "black box."

But, according to some lawyers, it’s now becoming more popular to be transparent, open and above board.

Rich individuals and companies in Ukraine, who have pivoted away from Russia and begun wanting access to Europe, and the lifestyle and opportunities it provides, know that this means applying Western standards to themselves and their tax affairs.

Either way, despite probable delays in implementing BEPS and CRS, the changes are coming.