Ukraine is an EU candidate: Can we soon file patent applications for Ukraine at the European Patent Office? 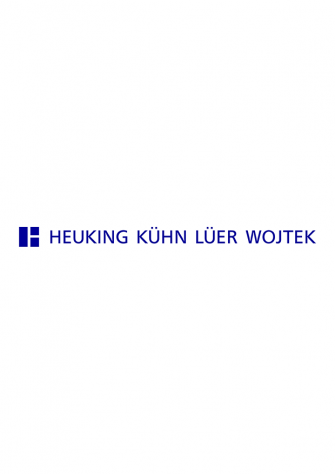 The European Council granted Ukraine EU candidate status on June 23, 2022. Does this mean that patents granted by the European Patent Office will soon be valid in Ukraine? Not immediately, because for one thing, candidate status does not create any legal rights or obligations. Moreover, the European Patent Organization (EPO) is a supranational organization independent of the European Union (EU). On the way to membership, however, the EU is demanding numerous adjustments from Ukraine, including in patent law. Thus, there is movement in Ukrainian patent law.

Ukraine as a member state of the EPO

Will Ukraine's path to the EU also lead to entry into the EPO? Membership in the EPO is not a direct requirement for EU accession. However, there is no member state of the European Union that is not also a member of the EPO. Therefore, there is a presumption that it will be no different for Ukraine. This is also supported by the approximation to the regulations of the European Patent Convention introduced in Ukraine in 2020. For example, the previously non-existent possibility of an opposition against a newly granted patent was created. The Ukrainian Patent Office and the European Patent Office also signed a Memorandum of Understanding on an Enhanced Partnership Agreement in mid-July 2022. Since 2004, before being granted EU candidate status, all states had concluded an extension or, in the case of Moldova, a validation agreement with the EPO, and on average almost ten years earlier. In the case of Ukraine, it was different: it was granted candidate status even though it had not previously concluded such an extension or validation agreement with the EPO. It therefore stands to reason that the EPO and Ukraine will make up for this in the foreseeable future and conclude a validation agreement.

Patents must still be filed in Ukraine for the time being

Filing applications with the EPO delayed

However, once the negotiations on the validation agreement are completed and the date for its entry into force is approaching, applicants may consider whether it makes sense for them to delay filing the application and file it with the EPO, after the validation agreement has entered into force. Then there is the possibility to validate the European patent after grant for Ukraine without filing a separate national application or initiating a Ukrainian national phase.

This newsletter is largely based on information provided by our Ukrainian colleague Julia Semeniy (julia.semeniy@asterslaw.com). She is a Ukrainian patent attorney and attorney-at-law of the Asters law firm, with which we have been cooperating for many years. Mr. Kolja Lagemann, engineer and law student at Bucerius Law School, also contributed to this article during his internship in summer 2022.

Share
Previous
Other publications
Assessment of damage to land users: analysis of the Methodology for determining the amount of damage caused to land and soil as a result of hostilities
Compensation to employers as a way to stimulate employment: what changes Law No. 2622-IX
Mobbing at the workplace: what is it and what new prohibitions has the Law established?
What was 2022 like for the legal market of Ukraine?
This site uses cookies to offer you better browsing experience.
READ MORE
Toggle high contrast
Toggle normal contrast