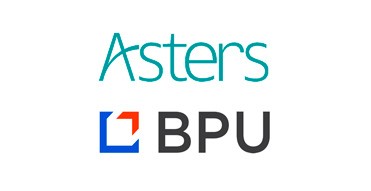 "This deal is not only compliant with the Law, but has also been executed according to the highest international standards. More than 50 experts were involved in this project. All the participants (Oschadbank, ViDi Group, Deloitte employees and the parties' counsels) demonstrated their top level professionalism and goal orientation. We are confident that the transaction terms will help the company to resume its efficient commercial activities while the bank will increase the loan repayment sum. It's a classical example of win-win solution", – Timur Kogan, CEO of BPU, comments – "The completion of this project for BPU is a significant achievement allowing to continue developing the first Ukrainian company specializing in investing into rehabilitation of businesses and debt restructuring."

"Our firm took active part in drafting the new Law "On Financial Restructuring" along with the World Bank and the EBRD experts. Finally this work has materialized into the first ever successful financial restructuring involving a state bank. This project is a serious start for the next restructurings and an opportunity: for Ukrainian companies - to implement turnaround, and for lenders – to increase the efficiency of cooperation with their borrowers", - Iryna Pokanay, Partner at Asters, points out.

JSC Oschadbank is a state bank that is the second largest in Ukraine by assets and the biggest by the number of branches among all the Ukrainian banks. The total loan and investment portfolio of the Bank as of 1 August 2017 is UAH 147.6 bn. Oschadbank is the most solid bank in Ukraine according to the Top 20 most solid banks research by Novoye Vremya magazine and Dragon Capital investment company. According to the Deloitte rating Oschadbank is included into the list of Top 50 Banks of CEE and is the most sustainable bank in Ukraine according to Forbes Ukraine magazine.

BPU is an independent investment management company with a focus on businesses in distress and special situations. BPU was founded in 2016 and its main goal is to restructure, recover and maintain a sustainable growth of the leading companies in Ukraine affected by the financial crisis or corporate problems.