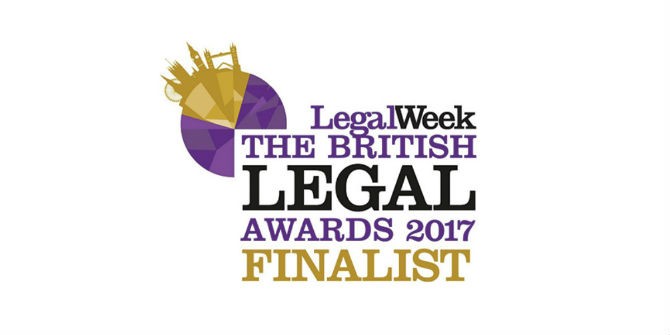 Hosted by Legal Week, The British Legal Awards 2017 has shortlisted Asters for the European Law Firm of the Year award. Asters is the only Ukrainian law firm honored to contest for the prestigious title with its peers from the cream of the European legal market: A&L Goodbody, Cuatrecasas, Garrigues, Kinstellar, Magnusson, Noerr and Perez-Llorca.

Commenting on the nomination, Asters' Managing Partner Oleksiy Didkovskiy points out: "I'm proud to see Asters among the finalists of such an honorable prize together with a number of elite European independent law firms. A major feature of The British Legal Awards is the credibility of the judging process as the finalists are decided by an independent judging panel. This nomination reflects hard work and strong commitment of Asters team as well as the Firm's excellent client service and social responsibility."

The British Legal Awards was established to recognise legal business community's important contribution not just to the UK economy but also to wider Europe. The judging process is carried by an independent experts' panel made up of senior business lawyers from major corporations, banks and the public sector on the basis of such criteria as legal expertise and innovation, strategic vision, business winning, client care, employee development, financial performance and commitment to CSR.

The winners of The British Legal Awards 2017 will be announced on 30 November 2017 at Finsbury Square, London.