Land reform in Ukraine: new opportunities regarding alternative use of agricultural lands 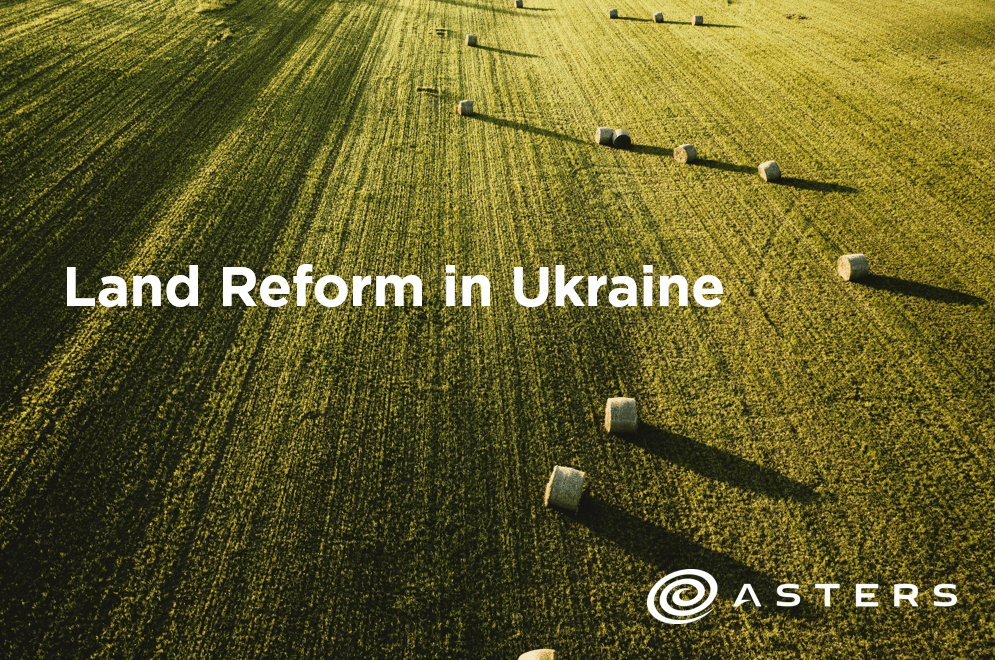 On 31 March 2020, the Ukrainian Parliament voted for the law on agricultural land market. Within the "Land Reform in Ukraine" project, Asters experts will analyze practical issues or other areas of interest that we anticipate in the course of further implementation of the land reform in Ukraine.

The first article of the series is available following this link >>, the second can be found here >>, and the third – here >>

The Law will lift the current moratorium with effect from 1 July 2021, including the prohibition to change land designation. Notably, an integral part of the moratorium is the prohibition to change land designation of "land parcels owned by citizens and legal entities for commercial agricultural production, land parcels allocated in kind (on the ground) to owners of land shares (units) for personal farming, as well as land shares (units)". The prohibition has exceptions, but they are not common (relating to product sharing agreements).

Moreover, taking into account another new law (namely: the Law of Ukraine "On Amendments to Certain Legislative Acts of Ukraine on Land Use Planning" ("Law on Land Use Planning")), it appears that an additional opportunity has been introduced to the market. This opportunity is likely to be relevant not only to farmers, but also to others who are interested in an alternative use of certain agricultural lands, which are currently subject to the moratorium (for example, commercially attractive lands bordering large cities, routes or other objects).

In particular, the Law on Land Use Planning is expected to simplify the procedure of changing land designation, which under certain conditions will be available at the initiative of the land owner or land user and with only minor involvement of state or local authorities. Compliance of the contemplated changes with the local urban planning documentation (zoning, etc.) will be the main condition of such opportunity. From practical perspective, however, it will take time and efforts to ensure sufficient coverage of the relevant areas with urban planning documentation.

In general, changing designation of agricultural land should operate in the same manner as for most other categories of land. The main peculiarities are (a) special conditions for so called “valuable lands” (chernozem, etc.) and (b) reimbursement by land owner of losses of agricultural production, stipulated at 30 percent of the difference between the normative monetary valuation of the land after and before changing of its designation.